Foreign capital pouring into Vietnam: an opportunity or a challenge?

The foreign capital inflow into Vietnam through M&As soared in the first nine months of the year, raising concerns about an economic crisis like the one that occurred 10 years ago.

Vietnam was expected to benefit from the US-China trade war as many multi-national groups in China announced they would relocate production bases to Vietnam. 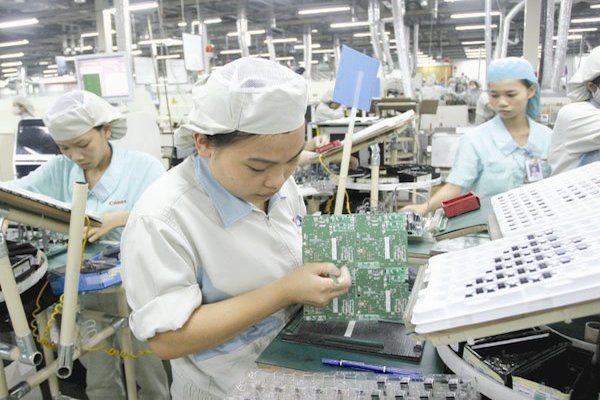 However, statistics show that FDI into Vietnam is on the decline, which is contrary to the prediction. According to the General Statistics Office (GSO), the FDI registered in the first nine months of the year was $11 billion, a 22.3 percent decrease compared with the same period last year, while additional investment capital registered was $4.8 billion, a decrease of 13.6 percent.

Dinh Tuan Viet, a high-ranking economist of the World Bank in Vietnam, said there has been a new form of investment – M&As and capital contributions to Vietnamese enterprises.

GSO reported that in the first nine months of the year, there were 6,502 deals of foreign investors’ capital contributions reported, with total value of $10.4 billion, an increase of 82.3 percent compared with the same period last year.

The expert commented that this moment looks like 2007 when Vietnam joined the WTO.

At that time, the foreign capital flowing into the economy was high, while the capability of the national economy to absorb the capital was limited. This caused problems in the stock market, real estate markets, and state-owned economic groups.

As a result, just two years later, in 2009, the economy fell into crisis with high inflation. Vietnam had to pay a heavy price with 10 years of low growth rate.

According to the expert, it is now an important time for Vietnam’s economy as the trade war reshapes the entire world’s economy. If Vietnam cannot grab the opportunity, it will not have more opportunities. However, if it cannot do this well, the consequences will be even worse.

Besides M&As, the other noteworthy development is the strong rise of Chinese capital. Of 72 countries and territories which had FDI in Vietnam in the first nine months, South Korea was the biggest investor with $2.1 billion worth of capital registered, followed by China with $2 billion, which accounted for 18.4 percent of total investment.