VietNamNet Bridge – Not only power groups like Sembcorp, Tata Power, Graham Bell and Associates Limited – GBA, but multi-field groups like Samsung and Sumitomo are planning to pour capital into power projects in Vietnam.

VietNamNet Bridge – Not only power groups like Sembcorp, Tata Power, Graham Bell and Associates Limited – GBA, but multi-field groups like Samsung and Sumitomo are planning to pour capital into power projects in Vietnam. 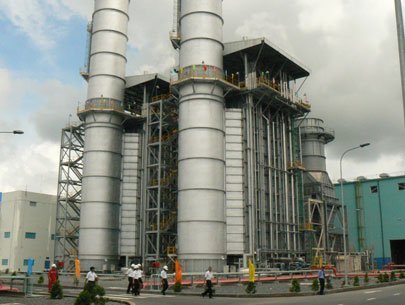 A Memorandum of Understanding (MOU) on the cooperation in the infrastructure development was signed between the Ministry of Planning and Investment (MPI) and Samsung C&T in late September.

The South Korean Samsung group recent has expressed its special interest in the power projects in Vietnam. It has sent staff to the central province of Nghe An to learn about the investment opportunities in the Quynh Lap 2 thermopower plant in the Dong Hoi Industrial Zone.

According to the Ministry of Industry and Trade, Quynh Lap 2 is just one of the five power plants in the central and southern regions Samsung would consider.

The other fours including the Vung Ang 3 in Ha Tinh province, Quang Trach 2 in Quang Binh, Song Hau 3 in Hau Giang and Kien Luong in Kien Giang provinces.

The project, capitalized at 1 billion euro, has the expected capacity of 2,600 MW.

Analysts have commented that it’s now the right time for foreign investors to develop power projects, when a competitive electricity market takes shape and will be put into operation in the near future.

Foreign investors understand that the electricity demand in Vietnam is very big, while the domestic power plants cannot meet the demand.

In mid-September, Sembcorp and the Ministry of Industry and Trade signed an MOU on the development of the Dung Quat thermopowr plant with the capacity of 1,200 MW in Quang Ngai.

The plant, once becoming operational, would use import coal. The first power generation unit is expected to become operational in September 2020, while the whole plant would be operational in March 2021, providing some $7 billion kwh of electricity every year.

The Van Phong thermopower plant No. 1 project with the expected capacity of 2,640 MW in Khanh Hoa province is now under the negotiations. The Khanh Hoa provincial people’s committee has had a working session with Japanese Sumitomo and Vietnamese Hanoinco on the implementation of the project.

The representative from Sumitomo group said at the working session that Sumitomo is conducting the negotiations for a BOT (build, operation, transfer) contract with the Ministry of Industry and Trade.

It is expected that the contract would be signed in the first quarter of 2014, before the administrative procedures get completed in the second quarter of 2014. If everything goes smoothly, the project would kick off in August 2015 and become operational in October 2019.

According to Tata Power, a subsidiary of Indian Tata Group, the company has got the nod from the government of Vietnam allowing to carry out the feasibility study on the 1,200 MW Long Phu 2 thermopower plant in Soc Trang province.

Under the power development master plan, Vietnam strives to have 5,000 MW more every year from now to 2020.