Foreign investors gear up with investments in Vietnam’s property 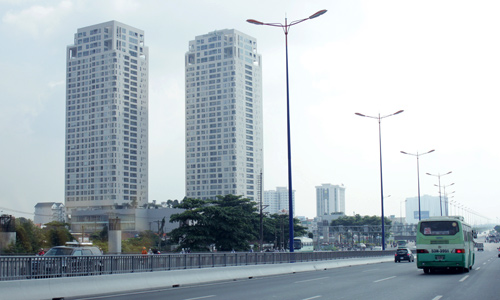 Kusto Home, a subsidiary of Kusto Group, on September 17 announced its investment in the second phase of Diamond Island project in district 2. About 1,000 apartments will be built in the phase, which has much larger scale than the first phase.

VinaCapital still holds 22.55 percent stake of the project and is the strategic partner. The fund plans to raise its ownership ratio in the project to 32 percent in the future.

Prior to that, in July, Creed Group, Japan’s largest investment fund, poured $200 million into An Gia Investment JSC. It promised to buy 20 percent of An Gia’s stake, provide loans, and join forces with An Gia to buy real estate projects at a 50:50 ratio for development.

Creed Group is also the investor of some projects developed by Nam Bay Bay, also a large property developer.

In June 2015, the news about Empire City, a huge project with the investment capital of $1.2 billion, appeared in all local newspapers. The project in the Thu Thiem new urban area in district 2 is developed by the joint venture of Vietnamese Tien Phuoc and Tran Thai Companies and an investor from the UK – Denver Power Ltd.

The presence of Denver Power in Vietnam has helped upgrade the UK into the second position on the list of foreign investors, with the highest newly registered investment capital in August, just after South Korea.

Greg Ohan from CBRE Vietnam, a real estate service consultancy firm, said that he could see a growing tendency of foreign investors to buy buildings for lease.

Huynh Phuoc Nghia, senior expert from GIBC, a consultancy firm, noted that ASEAN is now an attractive destination for foreign investors, while Vietnam in ASEAN is particularly important for them thanks to its gateway position. The Vietnamese market is heating up as it is also supported by a series of new policies.