VietNamNet Bridge – Investors need to grab the opportunity to make investment decisions right now, in the “twilight.” The opportunity would slip out if it gets lighter, or the Vietnam’s national economy fully recovers.

VietNamNet Bridge – Investors need to grab the opportunity to make investment decisions right now, in the “twilight.” The opportunity would slip out if it gets lighter, or the Vietnam’s national economy fully recovers. 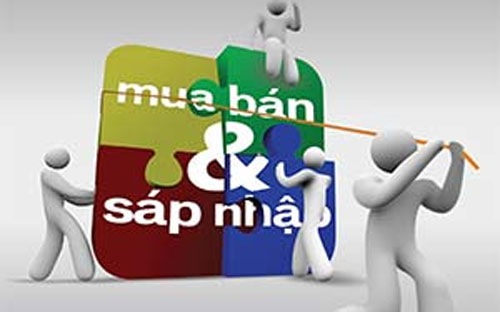 The representative of Franklin Templeton Investments in Vietnam noted that it is now the right time for private equity investors to pour their capital into the Vietnamese market. The fund believes that the monetary and fiscal renovations being carried out in Vietnam would show their effects three or five more years.

Avinash Satwalekar, CEO of Vietcombank Fund Management, a joint venture between Templeton and Vietcombank, answering Bloomberg’s interview, said the low stock prices, the limited bank capital and the improved business environment all have created opportunities for private equity investors to buy Vietnamese businesses before the economy bounces back.

The newswire has reported that Vietnamese leaders have been making every effort to stand up the national economy which is undergoing the lowest growth rate since 1999.

The efforts are being made in the context of the high bad debt ratio which has hindered the banks’ lending activities and businesses plans to scale up their production.

Prime Minister Nguyen Tan Dung said before the National Assembly that Vietnam’s GDP growth rate would be increasing to 5.8 percent in the next years, when the government prioritizes to control the inflation and the banks’ liquidity is improved.

The government of Vietnam has predicted that GDP would grow by no less than 5.5 percent his year. The credit growth rate is believed to increase slightly to 14 percent in 2014, when the Vietnam Asset Management Company (VAMC) buys VND150 trillion worth of bad debts by the end of 2014.

In July 2013, the State Bank of Vietnam decided to cut down the interest rates to help boost the growth. In June, the central bank devaluated the dong in an effort to improve the payment balance.

In general, Vietnamese policy makers have been trying to create a friendly business environment to investors, while investors still want to see the new policies to show effects. However, if they wait until the policies bring effects, they would miss the opportunities, according to the CEO of Vietcombank Fund Management.

DWS Vietnam Fund, in its report about the fund performance and macroeconomic updates, also said it believes Vietnam’s economy would further recover by the end of the year.

In the banking sector, DWS believes that the bad debt settlement would help speed up the bank restructuring process, thus allowing to push up lending and make the national economy healthier.

In the latest move, the group bought 30 million more shares of Ninh Van Bay tourism real estate JSC. With the deal, it now holds 32.465 million of shares, or 35.87 percent of the company’s stakes.