VietNamNet Bridge - The police of Thu Duc District, HCM City, are conducting investigations into the cause of death of an Italian man, who lived in an apartment at the Sunview building in Tam Phu Ward.

VietNamNet Bridge - The police of Thu Duc District, HCM City, are conducting investigations into the cause of death of an Italian man, who lived in an apartment at the Sunview building in Tam Phu Ward. 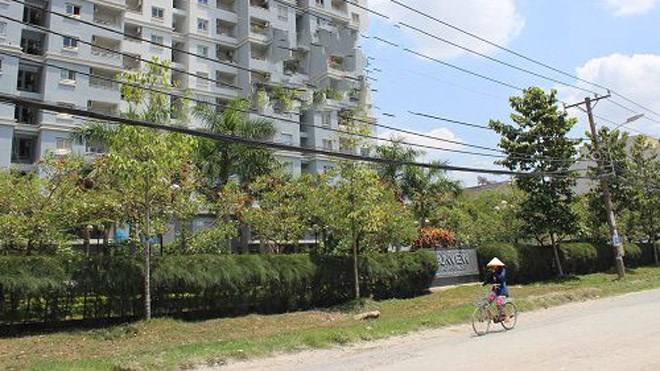 The apartments where the incident occurred.

On Tuesday night, the Vietnamese girlfriend of Mr. Fabio Vignati, 39, received a message from him. In the message, the man threatened to commit suicide.

The girl immediately ran to the Sunview building and asked guards to accompany her to the man’s room on the 14th floor. The room was locked from inside.

Guards broke the door and were shocked to see that Vignati had hung himself with a rope from the ceiling. The incident was quickly reported to local police.

The police examined the scene. By 3am the same day, the victim's body was taken to the hospital for autopsy. The police combined with the Italian Consulate in Ho Chi Minh City to perform the necessary procedures.

Fabio Vignati was a foreign language teacher at schools in Thu Duc District. He lived alone and was said not to have contact with his neighbors.