International tourist arrivals to Vietnam this month have dropped 68.1% against the same period last year due to the coronavirus, which causes a disease called Covid-19, according to the General Statistics Office.

This time last year the tourism industry was very busy as the nation welcomed 1.4 million international visitors, up 5% year-on-year. However, this month the number has declined by 960,000 to a mere 450,000 arrivals. 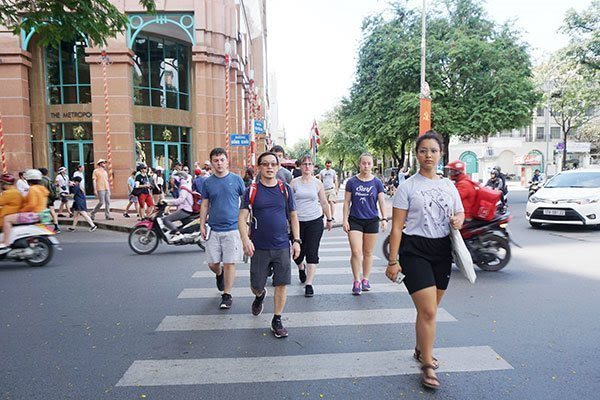 The fall is ascribable to Vietnam's temporary travel ban on international tourists and local airlines' suspension of international flights.

The situation will remain dire in near future as Covid-19 continues to spread globally and travel restrictions remain in place.

Travel firms have ground to a virtual halt and hotels have had almost no guests. Occupancy at hotels in tourist cities such as HCMC is only 10%, the lowest in years.

According to a marketing manager of a five-star hotel in HCMC, the occupancy rate of the hotel as of the end of next month would be around 10%.

“Room sales have declined from around VND600 million per month to VND30 million. Catering and meeting sales have dipped 90%. Never before have we experienced such declines in sales,” he said.

According to Savills Vietnam, the travel ban on international tourists and local tourists’ anxiety and fear have resulted in a remarkable drop in hotel room occupancy this month.

Coastal tourist destinations, such as Danang and Hoi An, are suffering the most due to their great dependence on foreign markets.

In an update of the Covid-19 impact on Vietnam’s hospitality market, Mauro Gasparotti, director at Savills Hotels Asia Pacific, said that the outlook for the coming months is not positive.