Foreigners living illegally in HCM City to be expelled

HCM City will expel all foreigners who have been found to have illegally entered the country. 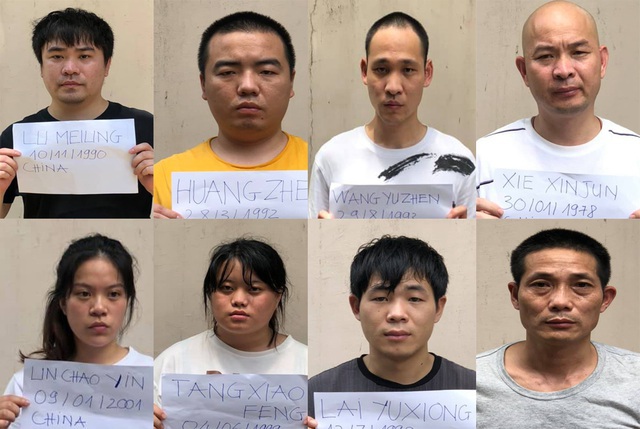 The problem was discussed during an online conference about Covid-19 prevention on August 24. Major-general Tran Duc Tai, deputy head of HCM City Police Department said that since July 21, they had found 116 foreigners who had entered Vietnam illegally. They have expelled four people from Congo and China. There are still 110 Chinese and two Cambodian people staying in the city.

According to Tai, they are having difficulties in management and monitoring after the quarantine periods end. Accommodation facilities for illegal immigrants in Long An is full. People who no longer have to be quarantined will be transferred to district police departments.

Nguyen Tuan, deputy head of the Department of Foreign Affairs, said, "Last week, we worked with the Chinese Consulate General over 66 cases. They said they would co-operate to complete the procedures as quickly as possible."

Local authorities were asked to tighten management to prevent illegal border crossings. Heads of the ward and communal people's committees must take responsibilities if foreigners are found living illegally in their areas. Unco-operative people will be forced to go to quarantine centres.

On August 14, the Ministry of Health announced a new Covid-19 case in HCM City. The patient is a Chinese man who illegally entered Vietnam with seven other people on July 27. This is also the first Covid-19 case found among the groups of illegal foreign immigrants in the city. There is a chance that more unknown Covid-19 carriers are hiding in HCM City.

The authorities in HCM City has ordered related agencies to tighten management and monitoring and prosecute people that help bring foreigners into Vietnam illegally.

Three to stand trial for organising illegal entry into Vietnam

The Da Nang municipal People's Court said on August 25 that a trial is scheduled to begin on August 29 for three defendants accused of illegally bringing Chinese people into the country.

The defendants include 27-year-old Chinese national Chen Xian Fa, along with two Vietnamese women, 24-year-old Ho Thu Trinh of Quang Nam province, and 41-year-old Huynh Ngoc Diem of Da Nang.
The trio have been charged with "organising illegal entry into Vietnam" in accordance with the Penal Code.

The investigation alleges that on June 23, Chen contacted Trinh on social media app WeChat while still in China, asking her to look for a house in Da Nang. Trinh then contacted Diem to help find a suitable house to rent. The pair both knew that Chen did not have the necessary visa to enter the nation but still agreed to help him.

Chen then helped three additional Chinese nationals illegally enter Vietnam on June 28, with the aim of doing online business in the country via WeChat and QQ. Indeed, Diem and Trinh both arranged a seven-seat car in order to take the individuals to the rented house.

The Chinese group then asked Trinh on June 30 to take them to another house located on Tran Trong Khien street to meet a local resident named Nguyen Thi Hong Van. Van provided them with a suitcase and several bags containing a haul of 14 laptops, 31 cellphones, and other related items.

After being questioned, Van confessed that she had received all of the items from a Chinese person whom she had met via WeChat.

Throughout the group’s stay in Da Nang, Trinh and Diem helped them to purchase food and other essential products.

The trafficking ring was eventually busted by local police on July 11. Dtinews/VOV