E-wallets are believed to be a very promising business field in Vietnam, but the market is now controlled by foreign firms.

According to Nghiem Thanh Son, deputy director of the Payment Department, Vietnam’s fintech has witnessed robust growth recently. The payment via mobile banking services grew by 160 percent Q2, higher than the growth rate of 60 percent in region and 80 percent in Thailand. 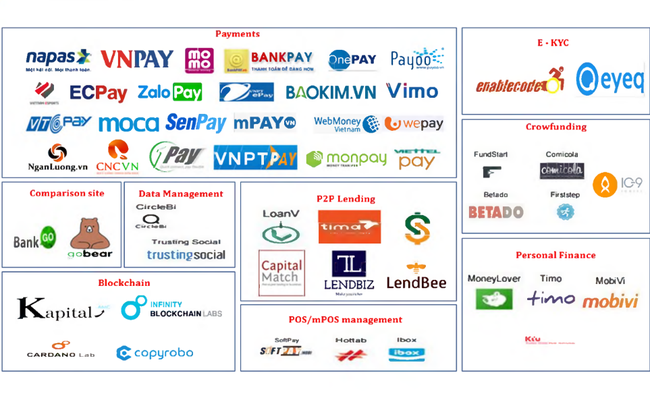 SBV reported that the number of fintechs providing services in the Vietnamese market has doubled, from 40 companies in late 2016 to 100 now. Most of them are in the payment sector with 27 companies licensed by SBV.

There are great advantages for fintechs to develop in Vietnam. The Vietnamese population is relatively high compared with other regional countries, 97 million people, and 65 percent of them live in rural areas, where the banking network remains thin.

All these factors show great advantages for fintech firms. However, there is a big disadvantage in the legal framework which remains controversial.

Some experts pointed out that the development of fintechs could be affected by the regulation on the foreign ownership ratio ceiling.

The presence of foreign investors in Vietnam’s fintech sector could bring positive effects. According to the Vietnam Association of Financial Investors (VAFI), fintechs need huge foreign capital to invest in technology and human resources development.

The government now allows 100 percent foreign owned banks in Vietnam and it is considering lifting the foreign ownership ratio ceiling in Vietnam banks. Will this occur in the fintech sector?

According to Son, the central bank plans the ceiling of 30 percent for foreign ownership. However, no final decision has been made.

This raises concerns that the payment sector and the monetary market may be controlled by foreign investors. If so, national policies and data security may be in danger.

Son went on to say that the ultimate goal of the watchdog agency is to ensure benefits for users. However, the central bank will also try to create a legal framework that is reasonable and flexible that it will encourage reform and creativity.

Could foreign e-wallets lead to a foreign currency drain?

Nepal on May 21 imposed a ban on transactions with Chinese e-wallets Alipay and WeChat Pay in the country. What about Vietnam?