A former deputy minister and 18 others have been summoned for their alleged connection with the State property misuse and mismanagement case of ex-Minister of Industry and Trade Vu Huy Hoang at the Saigon Beer - Alcohol - Beverage JSC (Sabeco). 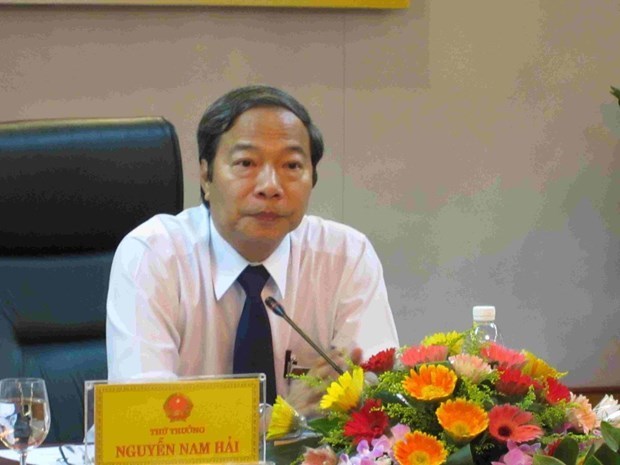 Former Deputy Minister of Industry and Trade Nguyen Nam Hai, a Sabeco representative and 17 others will have to be present as people with related interests and obligations at the first-instance trial of the case on January 18.

The trial was initially scheduled to start on January 7 but then postponed due to the absence of three defendants and many persons allegedly involving in the case.

According to the indictment from the Supreme People’s Procuracy, Sabeco, which is under the MoIT’s management, was given 6,080 sq.m of land in Ben Nghe ward of HCM City’s District 1 for non-agricultural production and business purposes.

However, Hoang, former Deputy Minister Ho Thi Kim Thoa, and other former leading officials of the ministry and Ho Chi Minh City directed their subordinates to carry out procedures for using land use rights and Sabeco's money as capital contributions to set up Sabeco Pearl, a joint venture between the firm and a number of private enterprises, to implement a project building a hotel, a trade and convention centre, and office space for lease on the land.

After Sabeco completed legal procedures for the joint venture’s investment and proposed the HCM City People’s Committee approve the addition of officetel and housing functions to this project, the MoIT ordered the company to transfer Sabeco’s entire stake in this project to the private enterprises in the joint venture.

As a result, the right to manage and use the land, which is a State asset and worth more than 3.816 trillion VND (over 164 million USD), was illegally transferred to private firms, causing a “particularly big” loss of over 2.713 trillion VND to the State, according to the indictment.

Thoa has fled away and the investigation police agency has put her on the wanted list.

The first-instance trial for ex-Minister of Industry and Trade Vu Huy Hoang and nine accomplices, slated for on July 7, was postponed due to the absence of three defendants and many people with related interests and obligations.