Former V-League player called up to US national team

VietNamNet Bridge – Thanks to his good performance for New England Revolution this season, midfielder Lee Nguyen has been called up to the US national team for next week's friendlies against Ireland and Colombia.

VietNamNet Bridge – Thanks to his good performance for New England Revolution this season, midfielder Lee Nguyen has been called up to the US national team for next week's friendlies against Ireland and Colombia. 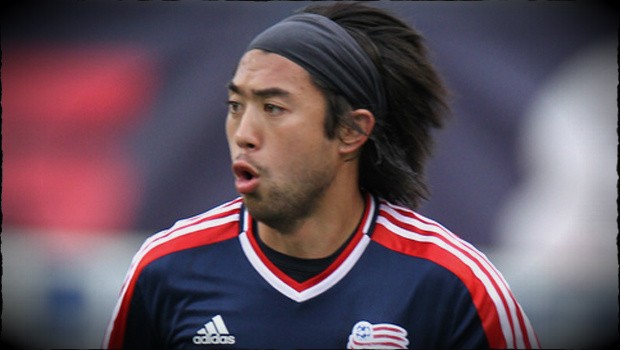 Lee Nguyen, 28, has scored 18 goals for the New England Revolution, bringing the club to the play-off final of the eastern region with the New York Red Bulls.

Lee Nguyen, who holds dual citizenship of the United States and Vietnam, earned the last of his three caps in 2007. He played for two seasons in Vietnam's V-League, before joining Major League Soccer in 2012.

"Any time you can play for your country and represent your country, that's the highest honor, the highest privilege you can have as a football player. I've got to go up there and focus on the task at hand and try to prove myself," Lee Nguyen told mlssoccer.com.

Lee Nguyen signed a three-and-a-half year deal with PSV Eindhoven in the Eredivisie in 2006 but left after two first team appearances over two years. After 18 months with Danish Superliga FC Randers, Nguyen joined Vietnamese FC Hoang Anh Gia Lai where he scored 12 goals and 16 assists in the 2009-2010 season.

He moved to Becamex Binh Duong FC in March 2010, but injuries restricted him to 15 league appearances and two goals. He returned to the U.S. in December 2011, joining New England Revolution on a multi-year deal.

His previous U.S. appearances came in a 2007 friendly against China and for two games in that year's Copa America tournament.