Travel firms complain that they cannot take full advantage of F1 race to sell tours because of the lack of hotel rooms in Hanoi.

The time for 2020 F1 race has been confirmed: it will take place on April 3-5 in Hanoi. The municipal authorities, enterprises and local people hope that F1 will serve as a great opportunity to promote the image and culture of Vietnam in general and Hanoi in particular, putting Vietnam into the international map of major sports events. 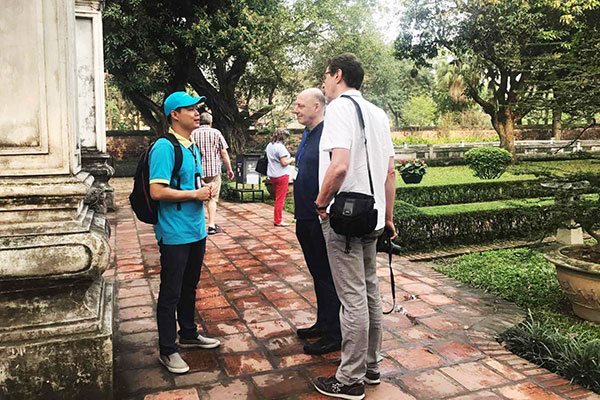 This is also a great opportunity for Vietnam to launch new high-end tourism products, attract foreign travelers and promote foreign investment into Vietnam.

Some travel firms said foreign travelers have shown their interest in the F1 race to take place for the first time in Hanoi this April. However, they complained that the tour sale has not been going well because hotel rooms have become scarceand hotel rooms rates have increased by two or three times.

A senior executive of a travel firm said many 3-5 star hotels have reported they are running out of rooms. His firm has to seek rooms at newly opened 3-star hotels which don't have strong brands and need more partners.

“A 5-star hotel has quoted the room rate of VND17-18 million per night. Therefore, we cannot organize tours,” Tien said.

She admitted that travel firms, ere excited when hearing about F1 Vinfast Vietnam Grand Prix 2020, hoping that they could earn big money thanks to the tournament. However, in fact, it has been difficult to exploit the event.

In general, hotel room rates always increase on special events. However, the rates have never increased so sharply before.

Also according to Tien, because of the high room rates, some Finnish travelers have decided to go to Shanghai, which will also host the event, instead of Hanoi.

“Travelers now have many choices attending F1 race, so they will choose destinations with better prices,” Tien said.

Pham Ha, CEO of Luxury Travel Group, also reported the same. In August 2019, the firm had to book and make payment for rooms its customers will stay in F1 days. The firm has to commit not to cancel the orders.

“There are very few rooms left in Hanoi and most hotels have been fully occupied, therefore, the rates are very high,” he said.