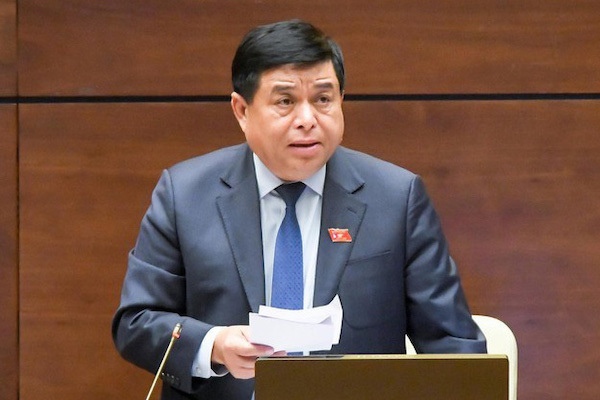 This showed that the National Assembly Chair Vuong Dinh Hue understands the urgent need for measures to recover the economy.

“We advocate a plan on raising overexpenditures and public debt to a new ceiling which is within our control. If not, we can hardly obtain economic growth. And if the GDP doesn’t grow, the goals set in 5-year or 10-year development strategy, as well as our aspiration of becoming a higher average income country by 2030-2045, will be unattainable,” said Minister of Planning and Development Nguyen Chi Dung.

“If this happens, we will miss all the great opportunities from the 4.0 industrial revolution, the golden population period, Free Trade Agreements and the new transformations and new structures taking shape. And we will once again fail to catch up with the ‘game’ and lag behind other countries,” he continued.

However, he was cautious.

“We agree with National Assembly Deputies that it’s necessary to be very skeptical in designing the bailout,” he said. “If we extend overexpenditure and public debt too much, everything may get of our control, which would cause long-term consequences to the economy. Macroeconomic uncertainties and imbalances would be even more dangerous.

According to Dung, ministries and branches are still figuring out the bailout amount and have not come to a final scenario. They still need to consider everything carefully and consult with agencies before submitting the plan to the National Assembly. 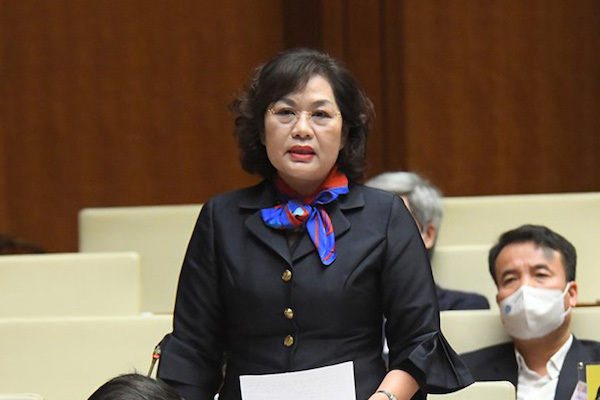 The central bank has to protect the value of the Vietnam dong amid pressure on inflation in 2022. SBV has to ensure the safety of the banking system and payment capability.

She said that prices of many commodities have increased sharply. The petrol price soared by 55.2 percent in September compared with late 2020. The inflation rate has been very high in some developed countries. The inflation rate, for example, was 5.3 percent in September in the US. Central banks around the world have stopped loosening monetary policies, while 65 interest rate increases have been reported.

“The pressure on inflation and the monetary policy regulation is very high,” Hong said.

Meanwhile, bank bad debts are on the rise. If the financial situation of credit institutions worsens, this will affect payment capability and the safety of the entire banking system.

“We need to learn a lesson from what happened in 2008, when we launched interest rate subsidy packages and the high inflation rate returned in 2011, which once reached 18 percent,” Hong said.

An interest rate package was suggested by Minister of Finance Ho Duc Phoc at the latest National Assembly session. 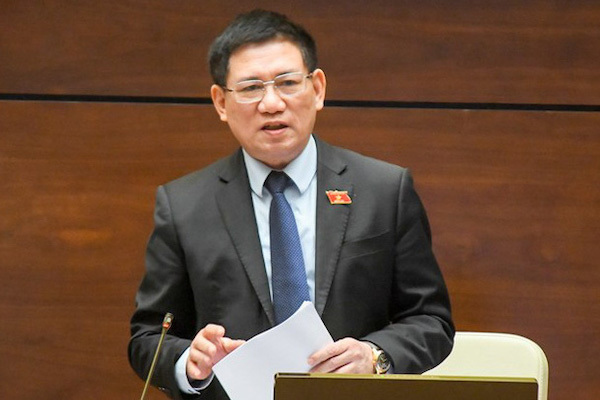 He said if VND20 trillion is spent every year, or VND40,000 trillion in 2022-2023, with the interest rate of 4 percent, the economy would have VND1 quadrillion worth of capital, and this would not lead to overexpenditure and public debt increase. The money would be sourced from capital for investments for 2021-2025 which have not been allocated.

Phoc mentioned other packages, including the issuance of Government bonds, or bonds in foreign currencies to mobilize capital from the public. The VND180 trillion 2-year bond package would lead to a 1 percent increase in overexpenditures each year.

“However, we are concerned about whether the economy will be able to absorb the money, and where the money will be spent. We think the money should be spent only on public investment projects, which will lead to key investments, projects and works in the business fields which can create a breakthrough for growth,” he said.

Regarding the debt policy, Phoc explained that if considering the unrevised GDP (VND6.3 quadrillion), the public debt package would be 56.8 percent (44 provinces), higher than the safety line of 55 percent.

Regarding budget expenditures, Phoc said there would be a further cut of 10 percent from the level set by National Assembly. Another 10 percent would be cut during the regulation process, and 5 percent of expenses on receiving guests.

National Assembly Chair Vuong Dinh Hue asked Minister of Transport Nguyen Van The to explain why the disbursement for key national projects has been going slowly. 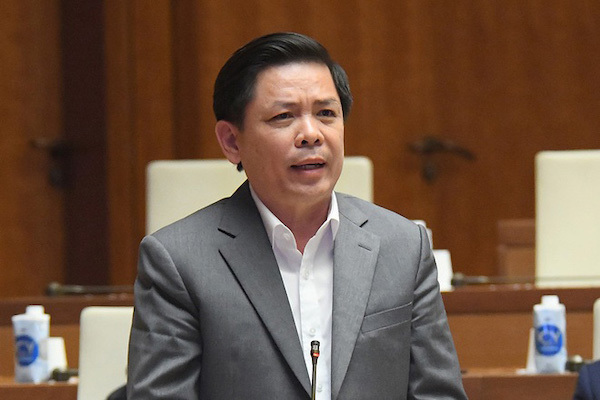 Minister of Transport Nguyen Van The

The disbursement amount for Long Thanh International Airport in 2021 and the accumulated disbursement has been low. As for the eastern highway project, the capital for three investment packages under the PPP (private public partnership) mode has not been arranged.

According to The, the average disbursement rate by the end of September 2021 was 47.8 percent, while the figure was 61.2 percent for transport projects. The disbursement of the two above/mentioned road projects has been slow because of reasons related to bidding, site clearance and credit shortage.

Meanwhile, Ministry of Planning and Investment’s Dung said 30 out of 63 cities and provinces had a disbursement rate of below 60 percent as of the end of October.

The four “economic commanders” agreed that there must be a bailout to support the economy but at a reasonable level to avoid affecting inflation and the macroeconomy.