VietNamNet Bridge - Four candidates have registered for the exams, scheduled on April 4, to be recruited as head of the Vietnam Road Administration, the first-ever exams of this kind in Vietnam.

VietNamNet Bridge - Four candidates have registered for the exams, scheduled on April 4, to be recruited as head of the Vietnam Road Administration, the first-ever exams of this kind in Vietnam. 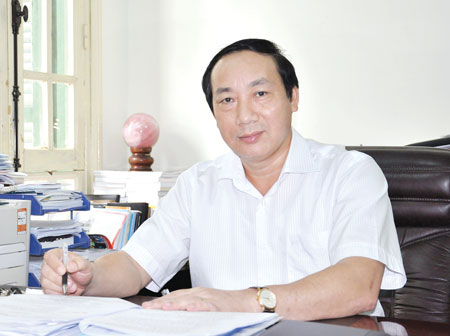 At a meeting with the media on April 2, Deputy Minister of Transport Nguyen Hong Truong said that by March 14, the Ministry had received the applications of four candidates. To attract more candidates, the Ministry has allowed the directors of project management units to apply, and extended the deadline to March 23.

"So far we have received the applications of four people. This number is enough and we will choose one of them," Truong said. He went on to say that the Ministry of Transport is choosing jury members to be able to hold the exams in April.

Earlier, Minister of Transport Dinh La Thang affirmed that the examinations will take place transparently and correspondents would be allowed to witness the exams, where the candidates present their action programs.

According to the regulations, the candidate pool is limited to persons who are heads of departments and agencies under the aegis of the Ministry of Transport. They must have at least 10 years of experience in the transport sector, and must be under 55 years of age for men and 50 years for women. They will have to undergo written examinations and have to defend their 10-year action plans in front of a jury.