On the occasion of the 4th year of the Permanent Court of Arbitration’s (PCA) ruling, VietNamNet would like to introduce an article by Ambassador Nguyen Hong Thao.

In 2013, the Philippines formally initiated arbitration proceedings against China. The Philippines argued that China’s historical claim on the territories within the "nine-dash line" was unlawful under the United Nations Convention on the Law of the Sea (UNCLOS). The tribunal under the PCA was long and drawn out with China refusing to participate.

On 12 July 2016, the tribunal ruled in favor of the Philippines, declaring China’s “claims to historic rights, or other sovereign rights or jurisdiction” related to the “nine-dash line” as unlawful. So much so that China’s activities there actually “exceed the geographic and substantive limits of China’s maritime entitlements”. The ruling also reaffirmed what territories in the East Sea (internationally known as the South China Sea) belong to which Southeast Asian countries. Under UNCLOS, coastal nations are entitled to exclusive 200 nautical mile economic zones from their shore baselines.

The ruling is final and binding. The PCA concluded that the rights and obligations of the members of UNCLOS (in this case, the Philippines and China) are governed by the Convention and therefore any maritime claims that are not in accordance with the Convention are rejected.

The ruling narrowed the disputed waters when maritime claims based on the 9-dash line were rejected and land features in Truong Sa (Spratlys Islands) can have a territorial waters of 12 nautical miles.

The ruling allows coastal states to extend the continental shelf beyond 200 nautical miles; reveals the possibility of the appearance of the high seas and the area - the common heritage of mankind - in the center of the East Sea and turning this area into an international rather than a regional area. In theory, the decision contributes to promoting the settlement of maritime disputes, but in reality is not always easy.

In the first year, countries only expressed the welcome and desire of the parties to the lawsuit to strictly enforce the ruling. The number of countries claiming to support the ruling is limited.

There are many reasons for this. China, with a three-no policy (not accepting, not recognizing and not implementing the PCA’s ruling), has taken all measures to minimize the impact of the ruling such as making threats, mobilizing other countries to not issue a statement to support the ruling, launching a legal war to refute the ruling's arguments through diplomatic statements and a 500-page study by the Chinese International Law Association.

Beijing used a stick and carrot strategy in its relations with regional countries. One side is the One Belt One Road initiative and economic tools. The other side is the intimidation and coercion, typically the deterrent to Vietnam's oil and gas activities at Lot 136/03 in Tu Chinh area in July 2017 and the siege to cut off supplies for the garrison on Thi Tu island, controlled by the Philippines, in August 2017.

China continued to increase activities on artificially built islands, to impose a fishing ban, and other activities aimed at unilaterally changing the status quo of the East Sea. Chinese diplomats called the ruling - "just a piece of paper" that is thrown into the trash of history.

Beijing's strategy in the first year was quite successful as the two ASEAN Summits, the 30th in Laos in 2016 and the 31st in the Philippines in 2017, both kept silent about the ruling. International experts on the East Sea conflicts such as Carl Thayer (Australia) commented that the ruling is “dead in the water”, while Ankit Panda and Prashanth Parameswaran questioned whether China won a year after the ruling?

The Philippines, which has benefited from the ruling, has decided to temporarily put aside the enforcement of the ruling in exchange for trade, investment and aid from China. The two countries quickly signed a memorandum of understanding to cooperate in exploration of oil and gas offshore the Philippines during Filipino President Duterte's visit to China in April 2018. The memorandum of understanding is valid for only 1 year in principle. Mr. Duterte also lashed out at US security policies and threatened to withdraw from the security treaties with the United States.

Claims of sovereignty – an old bottle of new wine

However, the ruling has made some impacts. First, it contributes to changing China's view of the Code of Conduct (COC) in the East Sea. China sees the COC negotiation as a way of rejecting the ruling, legitimizing China's maritime claims and preventing outside interference.

In May 2017, a one-page draft COC framework between ASEAN and China appeared. A three-year deadline has been set to complete an unbound COC that benefits China. China does not give up its 9-dash claim but seeks to adapt the terminology in UNCLOS in its favor.

The claim of Four Sha, an old bottle of new wine, was released. The “Four-Sha” argument was discretely and unofficially introduced by Ma Xinmin, Deputy Director General of Chinese Foreign Ministry's Department of Treaty and Law, in a meeting in Boston in 2017, as a basis for China’s sovereignty and maritime claims in the East Sea. In fact, “Four-Sha” is the literal expression of China’s so-called Nanhai Zhudao (the South China Sea Islands). In a statement delivered right after the verdict of the East Sea Arbitration on 12 July 2016, China claimed that its Nanhai Zhudao consisted of Paracels, Spratlys (Vietnam’s Hoang Sa and Truong Sa archipelagoes), Pratas and Macclesfield (Vietnam’s Truong Sa Archipelago).

This concept is also no clearer than the 9-dash line and still contains the threat of establishing an archipelagic baseline for Truong Sa and an air defense identification zone (ADIZ) for the East Sea.

Conduct of the parties in the East Sea

The ruling influences the perception and behavior of the parties directly related to the East Sea as a supplementary source of international law.

The ruling helps explain and clarify specific questions and therefore have considerable legal conviction. Third countries can base on the correct, reasonable, accurate conclusions that are accepted by many countries to adjust their behavior and positions.

The Philippines’ diplomatic note sent to China on March 6, 2020, for the first time, confirmed the conclusions of the ruling at the United Nations forum.

Foreign Affairs Secretary Teodoro Locsin, Jr., on the occasion of the 4th anniversary of the historic ruling by the Hague Tribunal, noted that this verdict is non-negotiable and the Tribunal “authoritatively ruled that China’s claim of historic rights to resources within maritime areas falling within the ‘nine-dash line’ had no basis in law”. The Philippines stops canceling the Visiting Forces Agreement (VFA) with the United States.

Vietnam’s diplomatic note dated 30/3/2020 affirms that UNCLOS is the only legal basis, comprehensive and thorough provisions on the scope of the right to enjoy the waters between Vietnam and China.

Indonesia, a country not involving in the East Sea disputes, with two notes dated May 26, 2020 and June 12, 2020, supports the 2016 East Sea ruling that no feature in Truong Sa has an exclusive economic zone and continental shelf and the 9-dash map clearly lacks the basis of international law and goes contrary to the UNCLOS.

Execution of the ruling to ensure freedom of the sea

Notably, the US also participated in this war with the note verable dated June 1, 2020 and the statement by Secretary of State Mike Pompeo dated July 14, 2020 on the US policy in the East Sea. The US position is consistent, neutral in the issue of sovereignty but it condemns all illegal maritime claims that are inconsistent with international maritime law.

The US also adjusted its policy set out in 1995, which is consistent with the ruling that only land features have maritime claim, features in Truong Sa do not have the right to have economic exclusive zone and continental shelf, and support the peaceful settlement of disputes, including legal measures rather than only emphasis on the diplomatic process.

The US declaration has drawn support from other countries such as Japan, India, Australia, and the EU. The countries outside the East Sea all demand enforcement of the ruling to guarantee freedom of the sea.

US condemns China’s firing of missiles in East Sea

Since joining ASEAN on July 25, 1995, Vietnam has always proactively communicated and cooperated with other member countries on promoting the bloc’s common role and each member’s interests on the sea. 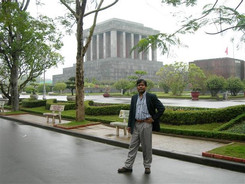 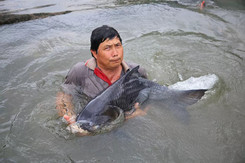