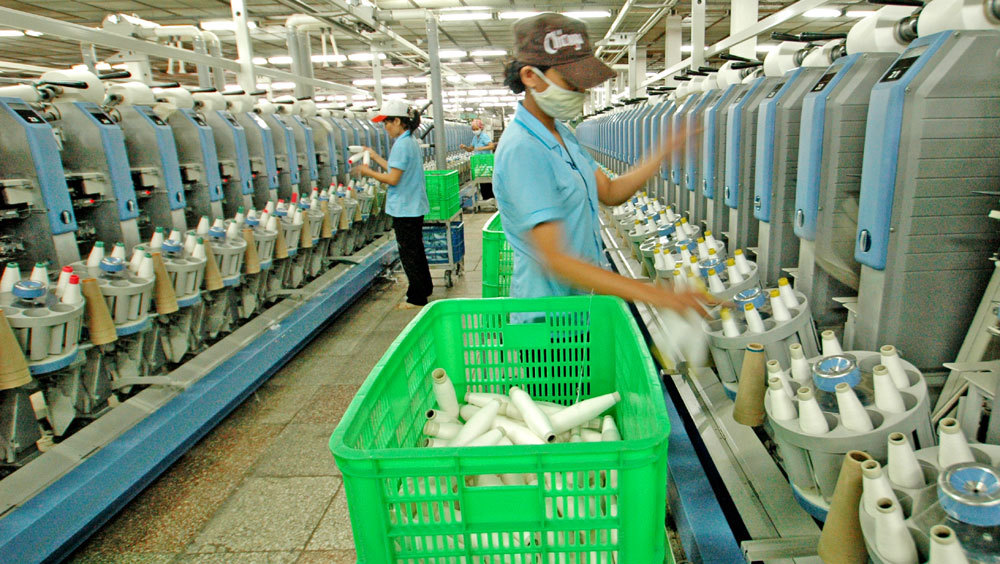 Most mobility indicators, especially in major urban centers, have already declined sharply in view of the fourth Covid-19 outbreak and some pressures have emerged on the value chains of strategic sectors, namely electronics and construction.

While the economy appears to have fared relatively well amid the latest outbreak, “several signs suggest a slowdown in economic activity if the pandemic is not contained in the short term,” said the World Bank in its monthly macro report.

The fourth Covid-19 outbreak that started in late April 2021 has led to the sharpest increase in locally transmitted infections since the onset of the pandemic.

In response, the authorities imposed stringent mobility restrictions in affected provinces, including in the country’s three major cities – Ho Chi Minh City, Hanoi and Danang. The authorities also had to shut down several factories and industrial zones in Bac Giang and Bac Ninh provinces, two important industrial hubs in the North of Vietnam, which were the epicenters of the outbreak.

Industrial production, nevertheless, exhibited a remarkable overall resilience with an expansion by an estimated 1.6% month-on-month and by 11.2% year-on-year despite the recent developments of the Covid-19 pandemic, said the World Bank.

The PMI index remained comfortably expansionary at 53.1 in May but was slightly lower than the April value of 54.7. However, the interrupted operation of factories in Bac Giang and Bac Ninh has certainly affected the supply chains of some electronic products that could translate into lower production over the next few weeks.

According to the World Bank, the restrictions imposed by the government to control the Covid-19 outbreak have also weakened domestic demand, in turn causing a drop in retail sales by 3.1% month-on-month in May.

A slowdown in economic activities due to the mobility restriction and social distancing measures has also resulted in a slight deceleration of credit expansion by 1.1% month-on-month in May, down from 2% in April.

Lower disbursement rates were observed at the central and subnational governments, and as well as in domestically and ODA-funded projects. Shortage of input materials, which resulted in higher prices, was cited by the government as one contributing factor to the slowdown in the implementation of public investment projects, noted the World Bank.

Meanwhile, exports and imports of goods fell by 6.7% and 9.4% month-on-month in May, respectively. The decline in exports was the steepest observed since June 2020. Yet, during the first five months of 2021, the values of merchandise exports and imports were the highest ever recorded by Vietnam, up by 29.1% and 35.4%, respectively, compared to the same period in 2020.

“This remarkable performance reflected robust growth in exports of computers and electronics, and machinery and equipment,” said the World Bank, adding it is also the result of a strong recovery in exports of phones (expanding by 19.5% year-on-year), textiles, and garment (16.1%), and footwear (27%) in the first five months of 2021.

As the government has consolidated its fiscal pace, the World Bank suggested it can consider switching to a more accommodative fiscal stance by providing supports to affected households and businesses as well as accelerating the execution of public investment programs to bolster domestic demand.

Capitalisation on the Ho Chi Minh Stock Exchange (HOSE) in May rose 7.07 percent month-on-month to more than 4.97 quadrillion VND (over 216 billion USD), equivalent to about 79.09 percent of the country’s GDP at the end of 2020.