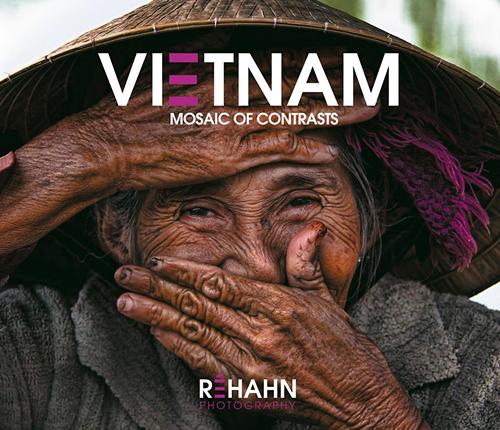 The book has been published recently. Many readers from Brazil, Mexico, France, Germany, Switzerland, Japan ... responded that "I want to go to Vietnam" as soon as they read the book. Part of the profits from the book will be donated for charity to help poor children in Vietnam.

With inspiration from the slogan "Vietnam - the hidden charm" of the Vietnam tourism sector, Rehahn shot thousands of portraits of Vietnamese people to portray the beauty of the people here.

The portraits were posted on his personal Facebook and they received a lot of comments from Vietnamese readers.

A photo exhibition of Rehahn will be held at the French Cultural Center in Hanoi in June and in Paris, France in September 2014, the year for Vietnam-France cultural exchange.

Some photos in Rehahn’s books: