Vietnam’s litchi can now be exported to the Japanese market, and dragon fruit to India.

The General Department of Customs (GDC) reported that vegetable and fruit exports in May 2020 reached $350 million, an increase of 2.3 percent over April, but a decrease of 1.4 percent from May 2019. 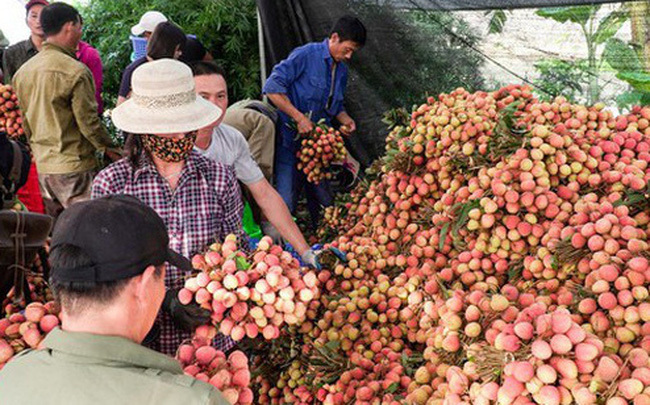 In the first five months of the year, vegetable and fruit exports brought turnover of $1.58 billion, a decrease of 10.3 percent compared with the same period last year.

Despite the epidemic, exports to some major markets still increased significantly, except China.

A report showed that in the first four months of the year, Vietnam exported $865 million worth of fresh fruits, down by 22.5 percent compared with the same period last year.

As of the end of April, Vietnam had exported $54.59 million worth of products to the market, up by 25 percent compared with the same period last year.

While the exports are on the decrease, Vietnam has high hopes for the Japanese and Indian markets after the two countries granted the go-ahead to Vietnam’s litchi and dragon fruit.

After five years of negotiations, in late 2019, Japan allowed import of fresh litchis from Vietnam, beginning with the 2020 crop.

In December 2019, Hai Duong province began preparing the material area for the production of litchis for export. After thorough care, the litchis that meet standards grown in Thanh Ha district of Hai Duong province are in peak harvest season and will be exported to Japan.

OTAS codes have been granted to 240 households in Thanh Thuy commune. The litchis with the codes have selling prices 30-40 percent higher than other litchis sold in the domestic market.

Vietnamese Ambassador to India Pham Sanh Chau is optimistic about fruit exports to India. Dragon fruit is present at many supermarkets, key markets and hotels. However, he said other delicious fruits of Vietnam such as litchis and rambutan still cannot find ways to the market.