Fruit exporters have been put on tenterhooks as they cannot export fruits to the US. In March, the US called its officials back, including those at APHIS (US Department of Agriculture Animal and Plant Health Inspection Service) which monitors the radiation process at the Son Son Radiation Plant in HCM City. 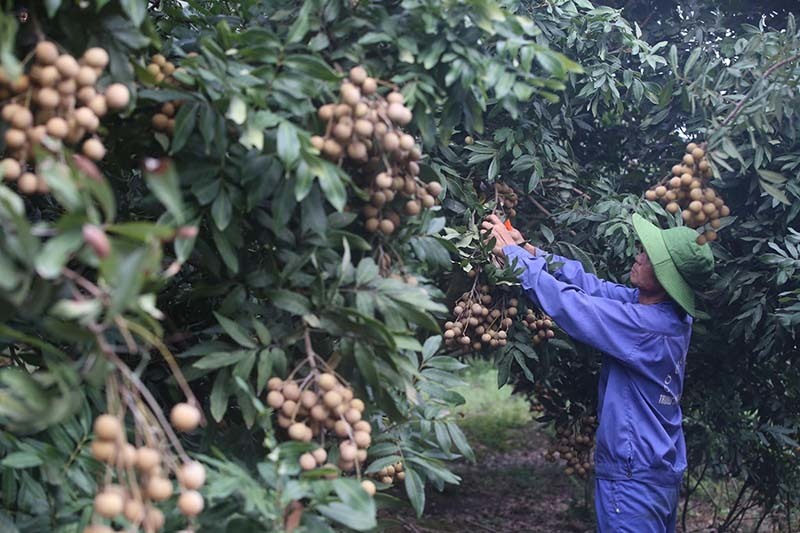 As the APHIS officers returned to the US, the US Ambassador to Vietnam was authorized to monitor the radiation process, but he worked only two hours a day there. On August 7, the US stopped receiving fruits for quarantine, resulting in delays in radiation and stagnation in export.

Ngo Tuong Vy, deputy director of Chanh Thu Fruit Import-Export Company, confirmed that the company cannot deliver products to the US clients, and finds it difficult to collect fruits from farmers.

Secretary General of the Vietnam Vegetable and Fruit Association Dang Phuc Nguyen warned that if the export deadlock lasts a long time, exporters will suffer. In particular, the companies that cannot export products still have to pay farmers because of previous commitments.

A report from the Department of Agricultural Product Processing and Market Development showed that in the first seven months of the year, Vietnam exported only $2 billion worth of vegetables and fruits, or 12.3 percent lower than the same period last year.

China was still the second largest importer of Vietnam’s vegetables and fruits in H1 which consumed 59.4 percent of total exports. However, exports to the 1.4 billion consumer market dropped by 29.3 percent in H1 compared with the same period last year.

According to Son La province’s leaders, the province could only export 1,500 tons of longan out of the total output of 75,000 tons. The growing area meeting the requirements for export through official channel is not large. Meanwhile, border trade has become stagnant because of Covid-19.

Though they have a bumper crop, Son La’s farmers are not happy because of the lack of sales. The price at times dropped to VND5,000 per kilogram.

In Hanoi, Hung Yen and Son La longan is retailed at VND15,000-30,000 per kilogram, which merchants say ‘unprecedentedly cheap’.