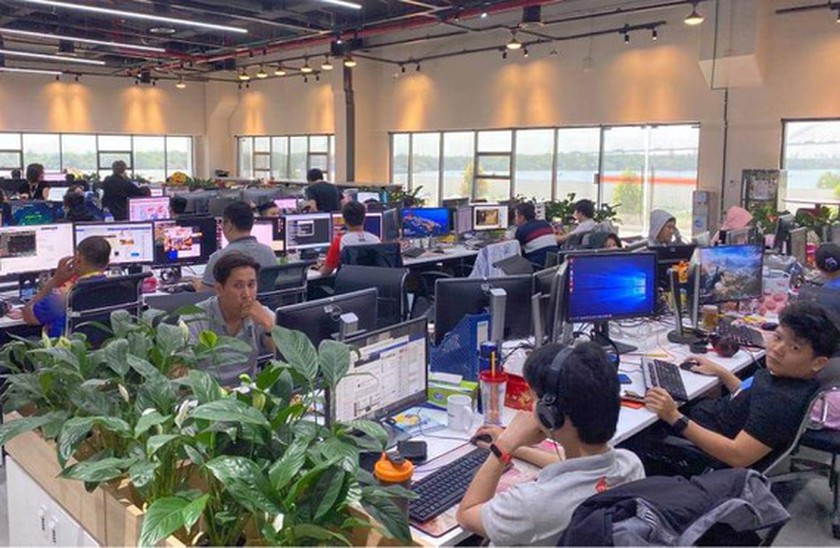 This has encouraged them to pour more effort and courage in investing and developing more products in the future.

In Vietnam, the whole startup community was at a shock knowing that Axie Infinity, a made-in-Vietnam game by Sky Mavis, brought about a total capitalization of $2.4 billion, which was the record in the Asian technology community.

Axie Infinity of Sky Mavis exploits several technologies, including Non-fungible token (NFT) – a data unit stored on a digital ledger called a blockchain. With this advanced technology, items in the game cannot be manipulated or counterfeited, and thereby having a high value in the market.

Lynn Hoang, Director of Binance Vietnam, commented that Blockchain has offered new commercial models and income sources for the game industry. Vietnamese game enterprises should take good advantage of this to globalize themselves.

VNG, another prestigious game business with the value of over $1 billion is serving 80 million users nationwide. It has prepared to enter Nasdaq. In May 2017, its CEO Le Hong Minh signed an agreement with Bob McCooey, Vice President of Nasdaq, for its initial public offering (IPO) there.

To better prepare for the launch on Nasdaq, besides successes in Asian countries and India, Russia, VNG has lately contacted a special-purpose acquisition company (SPAC) with a valuation of $2-3 billion.

Experts in the field state that the main force for the Vietnamese game industry is better Internet facilities, reasonable mobile data packages, and new practical policies for the digital content industry lately.

Obviously, the game industry is a lucrative one, and is in need of governmental support via a better legal corridor so that more high value game startups can appear, positively contributing to the national economic development.

Make in Vietnam games have opportunity to expand

Vietnamese online video game companies currently rank seventh in the world for game downloads. For every 25 games downloaded, one is produced by a Vietnamese company.