The most noteworthy factor in the Q1 finance reports released by The Gioi Di Dong (Mobile World) and Vietjet is that they both earned big money from products with small value. 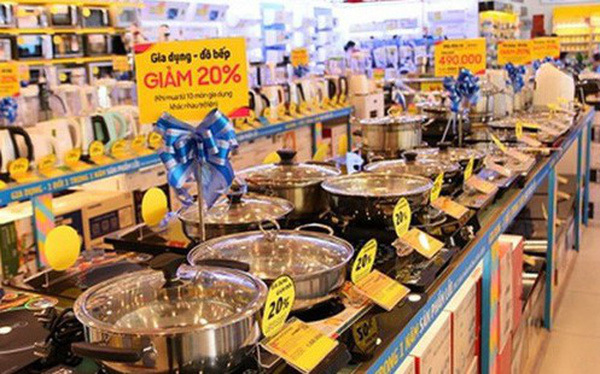 Some analysts once raised question about The Gioi Di Dong’s growth as the mobile phone market was getting saturated. However, the mobile phone and home appliance distributor gained impressive growth in the first quarter of the year.

“The sale of pots and pans is taking responsibility for The Gioi Di Dong’s growth,” a newspaper said.

In fact, the decline of the home appliance market growth was anticipated by The GIoi Di Dong’s management board. The board earlier this year stated that The Gioi Di Dong will have to ‘sell what has not yet sold’ and ‘approach new clients’.

The biggest advantage of The Gioi Di Dong is it is a large distribution chain with numerous mobile phone shops. The shops and staff sell other products such as watches under the shop-in-shop model, and display kitchenware at Dien May Xanh shops.

Dien May Xanh is one of The Gioi Di Dong’s retail brands, specializing in distributing household-used appliances.

Watches have been on sale at The Gioi Di Dong shops in HCMC since March 8. Over 50 smart watch models and 1,000 fashion watch models are available at its two shops at the prices of VND1-6 million.

Regarding household-used products and kitchenware, more than 10 million products were sold at Dien May Xanh shops which brought revenue of VND1.7 trillion to The Gioi Di Dong.

Vietjet Air in the first quarter provided subordinate products and services, bringing VND2.647 trillion. The distribution of the non-core business field to the airline’s total revenue increased from 14.5 percent in Q1 2018 to 19.4 percent in Q1 2019.

In the last five years, the revenue from subordinate products and services increased by 10 times from VND836 billion to VND8.41 trillion. And revenue has been increasing very steadily in both low and high seasons.

The high growth rate of non-core business fields is attributed to the increase in the number of foreign passengers with the opening of a series of new air routes recently. In Q1, Vietjet opened six new routes, raising the total number of routes to 111, including 72 international routes.

With certain advantages, convenience stores have been an increasingly popular shopping destination for customers, and they have also become a choice for domestic retailers to compete with foreign rivals.