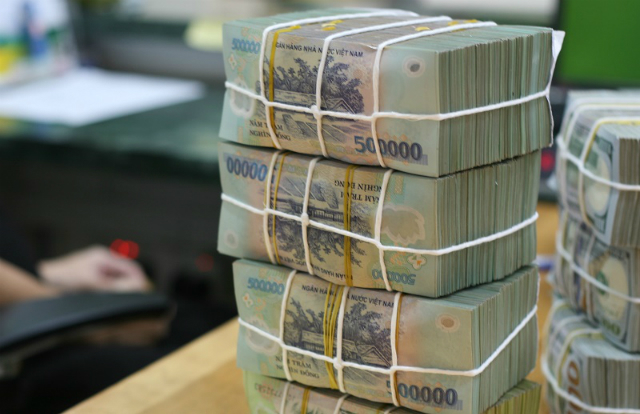 The Government has submitted to the National Assembly a report on state budget income and expenditures in 2020 and the deployment of the 2021 state budget estimates.

In the 2016-2020 period, the total receipts of the state budget were VND6,890 trillion, while the total expenditures were VND7,660 trillion.

The average state budget expenditure was 28.8 percent of GDP (it was 29.5 percent in 2011-2015). There were changes in the expenditure structure with spending on investment and development accounting for 30 percent (higher than the targeted proportion of 25-26 percent), and regular expenses accounting for 63 percent of total expenditures (the target was below 64 percent).

The state budget overexpenditures in the last five years represented 3.45 percent of GDP, lower than the target of 3.9 percent of GDP as stipulated in the National Assembly’s Resolution 25/2016.

Commenting about the public debt, the Government said there are more bright signs.

These levels were lower than the ceiling of 65 percent, 54 percent and 50 percent of GDP, respectively, stipulated in the National Assembly’s Resolution 25 on the national finance plan for 2016-2020.

The continued fairly high budget collections amid Covid-19 shows the resilience of the economy and enterprises, and affirms the effectiveness of the Government’s solutions that aim to fight the pandemic but also maintain socio-economic activities.

However, the Government warned that if the pandemic cannot be controlled soon, state budget collections will be affected in coming months.

In 2020, the State adopted a series of financial policies to help businesses and people overcome difficulties caused by Covid-19, worth VND128.33 trillion.

Of this, exemption and reduction of tax, fees and charges, and payment deadline extensions totaled VND111.5 trillion. Meanwhile, VND16.83 trillion was spent to prevent and fight the pandemic, and to support the public.

The government said pandemic control depends on the effects and usage of vaccines. Some experts believe that the pandemic will only be contained in 2022. Other countries are continuing to launch big bailouts to support their economy.

The third Covid-19 outbreak showed that there are risks for community transmission. Moreover, it is still difficult to access Covid-19 vaccine supply sources globally and develop the vaccine in Vietnam.

Vaccinations are being implemented in accordance with the priority order and actual conditions.

In such a situation, the Government believes that continuing to implement monetary and fiscal policies to support enterprises and people is a necessity.

The Government has proposed continued extension of tax and land rent payment deadlines in 2021 for those affected by Covid-19.

For enterprises, the payment deadline for VAT will be extended for five months, and three months for Q1 and Q2 corporate income tax.

In addition, the Government will continue to reduce different kinds of fees and charges to help reduce input costs for enterprises and business households.

Because of over-expenditures, the public debts in 2020 are estimated at 56.8-57.4 percent of GDP and the government’s debt 50.8-51.4 percent of GDP, within the safety line set by the National Assembly.