Only when Vietnam tightens fiscal policy and loosens monetary policy will it be able to make a breakthrough in allocating resources, which would untie the knot of the national economy, experts have said.

VietNamNet Bridge – Only when Vietnam tightens fiscal policy and loosens monetary policy will it be able to make a breakthrough in allocating resources, which would untie the knot of the national economy, experts have said. 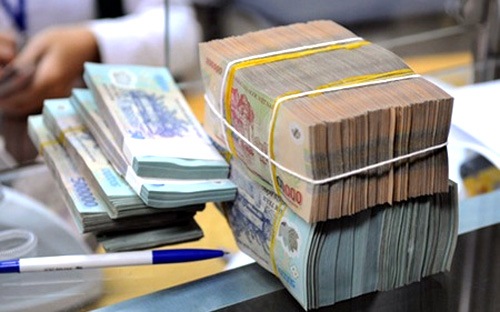 It is necessary to tighten fiscal policy, which has been always “open”, to pave the way for looser monetary policy, says a report of the Central Institute of Economic Management (CIEM).

However, it is very difficult for the State Bank to slash interest rates by adjusting monetary policy in current circumstances. And this is the “knot” in the national economy.

Cung noted that interest rate reductions would not happen on a large scale because of the commercial banks’ different conditions.

Only some large banks can offer loans with low interest rates and preferential loans can reach only some companies, not all borrowers.

A huge amount of government bonds is expected to be issued in 2015.

The central bank always has to maintain a gap between the dong and the dollar interest rates in an effort to ease dollarization.

Once the US dollar appreciates, the dollar interest rate will have to be raised accordingly.

To untie the knot, Cung said, it is necessary to change the credit policy and the way the policy is managed.

The monetary policy, in his eyes, has been “heavily laden” with too many tasks. It has to bear the function of the fiscal policy as well. There are too many purpose-built credit programs, which have distorted the credit market.

Therefore, it would be better for the central bank to remove the credit caps imposed on commercial banks because it is no longer helpful.

Regarding bad debt settlement, which is considered compulsory to pave the way for interest rate reductions, economists agreed that it is necessary to set up a healthy debt trade market, where sellers can sell debts and buyers can buy debts at market prices.

In order to have such a market, CIEM has suggested enacting a special law, to be valid for five to seven years, which would deal with assets mortgaged for bad loans.

The great advantage of the idea, according to CIEM, is that Vietnam would not have to amend other laws and there would be no change to the political platform of the legal system.