Located in Van Gao commune of Tinh Bien district, An Giang province, Tra Su is one of the most beautiful mangrove forests in the southwestern region of Vietnam.

Thanks to its potential for eco-tourism, Tra Su is an attractive tourist destination, especially during the flooding season.

Enjoy the special beauty of Tra Su during the flooding season via the following photos: 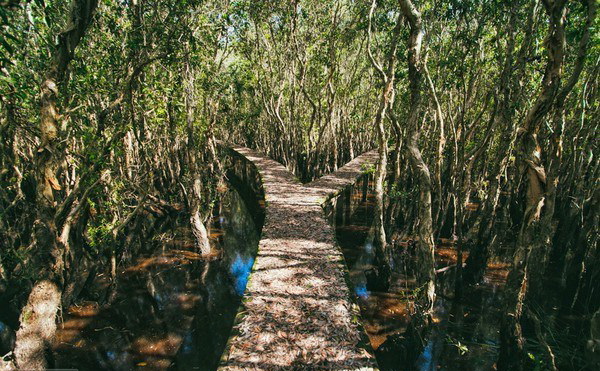 About 15 km from the Vietnam-Cambodia border to the south, Tan Lap melaleuca forest is located in Moc Hoa District, Long An province, 120 km from HCM City. With an area of 135 hectares and 500 hectares of the buffer zone, Tan Lap was selected as the place for developing eco-tourism of Long An province and Dong Thap Muoi wetlands.

Tan Lap melaleuca forest is one of the most famous eco-tourism destinations in Vietnam. In the flood season, it is covered with immense green rice fields, lotus fields and mangrove forests.

Visiting Tan Lap floating village, tourists will have a chance to explore a 5km long trace through the Melaleuca forest. 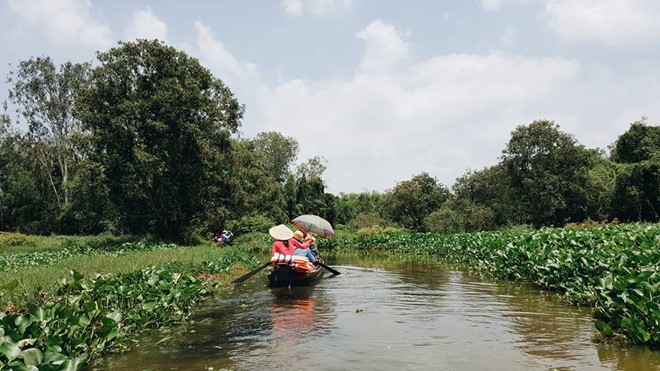 In the flood season, the road to Gao Giong is covered with vast green tropical trees. The most interesting attraction of Gao Giong is the bird sanctuary, home to nearly 20 beautiful and rare bird species.

Here, visitors also have the opportunity to climb the 18m high watch tower, where they can see the panorama of this tourist site. 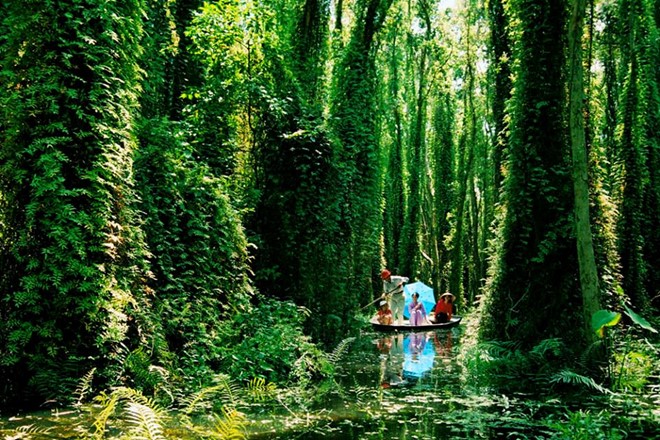 As a former wetland in Cao Lanh District, Dong Thap Province in the Mekong Delta, Xeo Quyt was a revolutionary base in 1960-1975 during the Vietnam War (1955-1975). The 50-hectare Xeo Quyt, of which cajuput forests account for two-fifths, has become an attractive historical and ecological site with thousands of visitors coming a year.

In Xeo Quyt Tourist Area, guests can feel a fresh atmosphere brought by lotus and water-lily lakes, which are also home to lots of fish. A simple yet unique dish of the countryside is steamed rice compressed in lotus leaves and served with sesame and salt.

In the former revolutionary base, visitors can see bomb shelters, bunkers, meeting rooms and bomb craters. Though they have to do a lot of walking in Xeo Quyt Tourist Area, they may feel comfortable thanks to many big shade trees and fresh air from small canals snaking through the area. 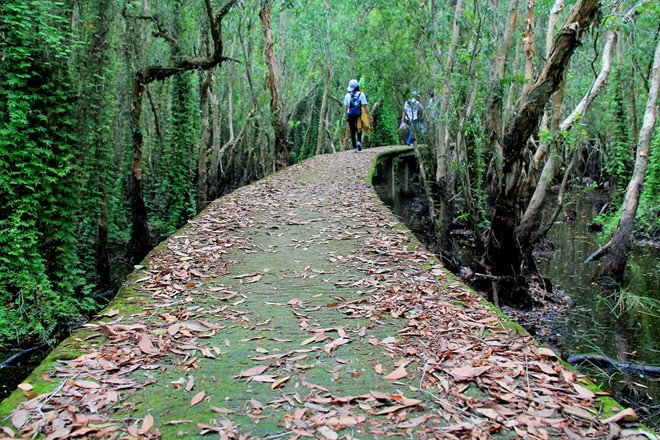 Fauna and flora also make Xeo Quyt attractive to visitors. The place is now home to seven species of fauna, 73 species of fish, 91 species of birds, 22 species of reptiles and seven amphibians, and 170 plant species.

Instead of walking back to the entrance of the area, tourists can take a 20-minute rowboat ride through cajeput forests to get back to the starting point.

The park’s peat bog forest plays a crucial role in the prevention of acidification of topsoil and surface water. It also serves as a spawning and nursery area for fish and shellfish, while filtering surface water.

The park served as a revolutionary base during the war. Three years ago, it became the first peat wetland to be recognized as an ASEAN Heritage Park.

In February 2016 the U Minh Thuong National Park was recognized as Vietnam’s 8th Ramsar site. The park is the 2,228th Ramsar site in the world.

Ramsar, or the Convention of Wetlands, is an intergovernmental treaty that provides a framework for conservation and wise use of wetlands and their resources. It was adopted in the Iranian city of Ramsar in 1971 and came into force in 1975.

Vi Thuy melaleuca forest is located in Vinh Tuong commune, Vi Thuy district, Hau Giang province. With an area of about 200 hectares, it is an eco-tourism site with wetlands. It is set to become the largest ecotourism site in the Mekong Delta. A highlight of the site will be a 10-ha bird park housing various kinds of birds and storks and a wildlife area.