A lot of mistakes were made in the past, leading the failure of the plans on the development of many key industries. The supporting industries, therefore, cannot grow up.

VietNamNet Bridge – A lot of mistakes were made in the past, leading the failure of the plans on the development of many key industries. The supporting industries, therefore, cannot grow up. 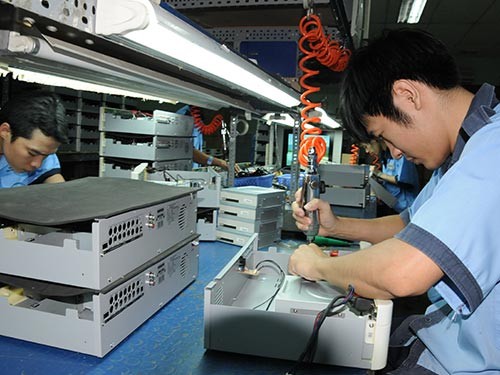 Vietnam wants to make things from A to Z

Considering electronics as a key industry, the government of Vietnam in 1990s licensed a series of electronics joint ventures between Vietnamese and foreign companies. Viettronic Tan Binh then set up JVs with JVC and Sony, while Viettronic Bien Hoa with Panasonic and Viettronic Thu Duc with Toshiba.

Vietnam hoped that its enterprises can learn experiences from the foreign partners in the joint ventures to be able to grow up and exist independently once the joint ventures’ duration finishes and Vietnam has to remove the tariffs as committed when joining the ASEAN Free Trade Agreement (AFTA).

However, since the State did not have an effective monitoring mechanism, the Vietnamese partners in the joint ventures only aimed short term profits, while they did not have long term business strategies.

As a result, when the joint ventures closed, the Vietnamese partners entered a very difficult period. Later, when Vietnam joined the World Trade Organization (WTO) and AFTA, the enterprises suffered heavily because of the removal of the state’s protection.

Dr. Nguyen Minh Phong, a well-known economist, believes that the big mistake made by Vietnam was that Vietnam always strived to make products itself from A to Z, i.e. that it wanted to make the whole cars, ships, not some parts of accessories of the cars or ships.

The viewpoint of striving to make products domestically was believed to be the “product” of the economic conditions in 1990s, when Vietnam still faced the embargo and it ran a self-sufficient economy.

It is understandable why the development of the supporting industries then was not put on the table of the policy makers. The necessity of the industries has only been mentioned recently, but the detailed policies to encourage their development have not been set up.

Dr. Dinh The Hien, an expert, noted that state owned economic groups and general corporations, which are leading the national economy, all want to make products from A to Z instead of cooperating with small and medium enterprises, seeking accessories and materials from the enterprises.

This partially explained why Vietnam’s supporting industries do not have the conditions good enough grow.

In February 2011, the government released the Decision No. 12 stipulating the policies to encourage supporting industries.

However, the insiders kept indifferent to the decision because most of the investment incentives stipulated in the Decision could be found in other legal documents already.

The decision did not lay ground for the establishment of a mechanism which allows to support and connect enterprises; therefore, it could not make a breakthrough in the development of the supporting industries.

Dr. Vu Dinh Anh noted that a lot of workshops discussing the measures to stimulate supporting industries have been organized. But they seemingly don’t have much significance, because the measures suggested have just been put on the shelves.