Hanoi accelerates renovation of old apartment buildings by Q3 of 2023

The plan is considered a breakthrough in improving people’s living standard in the capital city. 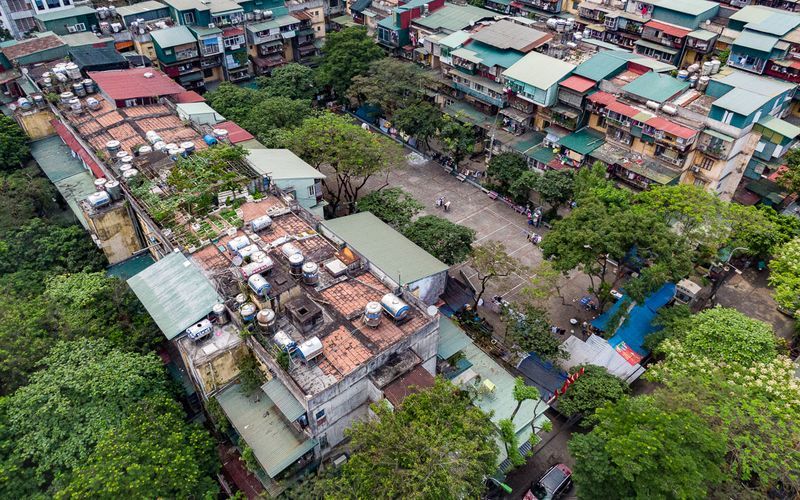 The Hanoi People's Committee has just issued a decision on speeding up the comprehensive renovation of old apartment buildings in the capital city.

Accordingly, the city will conduct an overall assessment of old apartment buildings with the establishment of an appraisal council.

The municipal government will release an inspection plan this month with a view to completing the inspection of all decayed apartment buildings in the city by the third quarter of 2023.

In early December 2021, Hanoi issued a detailed plan to renovate and rebuild old apartments in the city with specific solutions applied for apartment blocks covering over 2 hectares and those of less than 2 hectares. The plan also contemplates the consolidation scheme for old independent and single apartment buildings for on-site resettlement.

The district-level People's Committee must set up plan for compensation, support, resettlement, and temporary housing arrangements for apartment owners and tenants. This plan will be submitted to relevant sectors for approval, according to the Hanoi People's Committee.

However, in order to fulfill the targets, it is necessary to soon find the solutions for many issues mentioned in the project such as capital sources, construction technology, resettlement, compensation for site clearance, among others.

Architect Tran Thanh Tung from the Vietnam Association of Architects, said that the renovating old apartments should be the responsibility of the government, not the private sector alone.

"The State works out the planning in which the whole apartment block should be demolished for high-rise buildings construction and planting trees to create green space for local residents," Tung said.

Architect Nguyen Van Hai, chairman of the Hanoi Architects Council, also supports the State's leading role in renovating old apartments. "The site clearance for building new condominium must be carried out under the same principles of site clearance for public infrastructure works, with the participation of the State", Hai told The Hanoi Times.

He cited China’s experience of renovating old apartments. Every year, the Chinese government announces which old apartments will be renovated, people will be relocated to temporary accommodation so that the government can demolish the entire old blocks and build a new one. Then people will go back to live in the newly built blocks or buy bigger houses according to their needs.

Currently, Hanoi has around 1,600 old apartment buildings which were built from 1960 to 1999. The renovation was set out 20 years ago, but only 19 old buildings have been renovated and built anew so far (accounting for 1.2%).