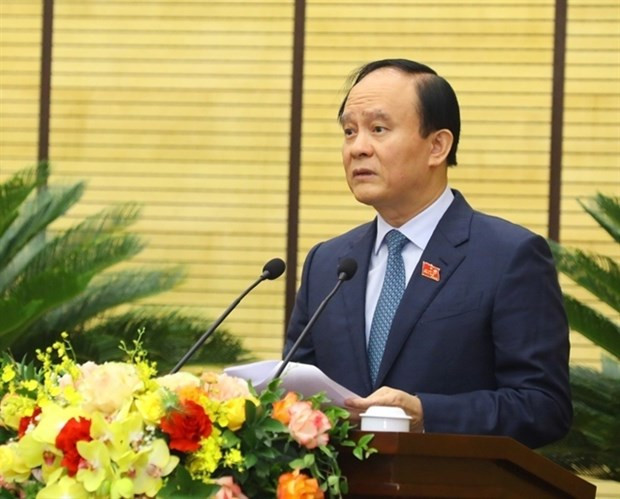 The council also discussed the allocation and adjustment of the project's fund, which would be submitted to the National Assembly for consideration, said the chairman of Hanoi People's Council Nguyen Ngoc Tuan.

The road will measure 112.8 kilometres in total, running through Hanoi City and Hung Yen, Bac Ninh provinces, with a connecting route 9.7-kilometres long.

The project is divided into three smaller groups of sub-projects, focusing on site clearance, building parallel roads, and constructing the expressway.

The Hanoi People's Committee will decide on the annual funding allocation plan according to the current procedures and progress of the project, with the approval of authorities.

Ho Van Nga, head of the Finance and Budget Committee of the municipal People's Council, emphasised the need to accelerate the preparation process for investment and the annual funding allocation according to the project's progress and contingency plan.

The committee also said that if the project's investment needs to be increased, adjustments will be made in the medium-term public investment plan after the 2026 - 2030 period and shall not exceed the city's budget.

The Hanoi People's Council also required that the People's Committee balance the city's budget to ensure funding for the Ring Road No. 4 project, following the schedule approved by the National Assembly and the laws on public investment, State budget, public debt management, as well as other regulations.

If it is necessary to mobilise funding from sources other than the city's budget, a specific plan will be created and submitted to the People's Council.

In September last year, the Ring Road No. 4 project was approved for Hanoi's medium-term public investment plan for 2021-2025. It was subsequently made a project of focus in December.

The project's investment plan will be submitted to the National Assembly for approval in its next session, which opens on May 23.
Source: VNA