The goal for Hanoi is to become a green, modern and smart city by 2030. 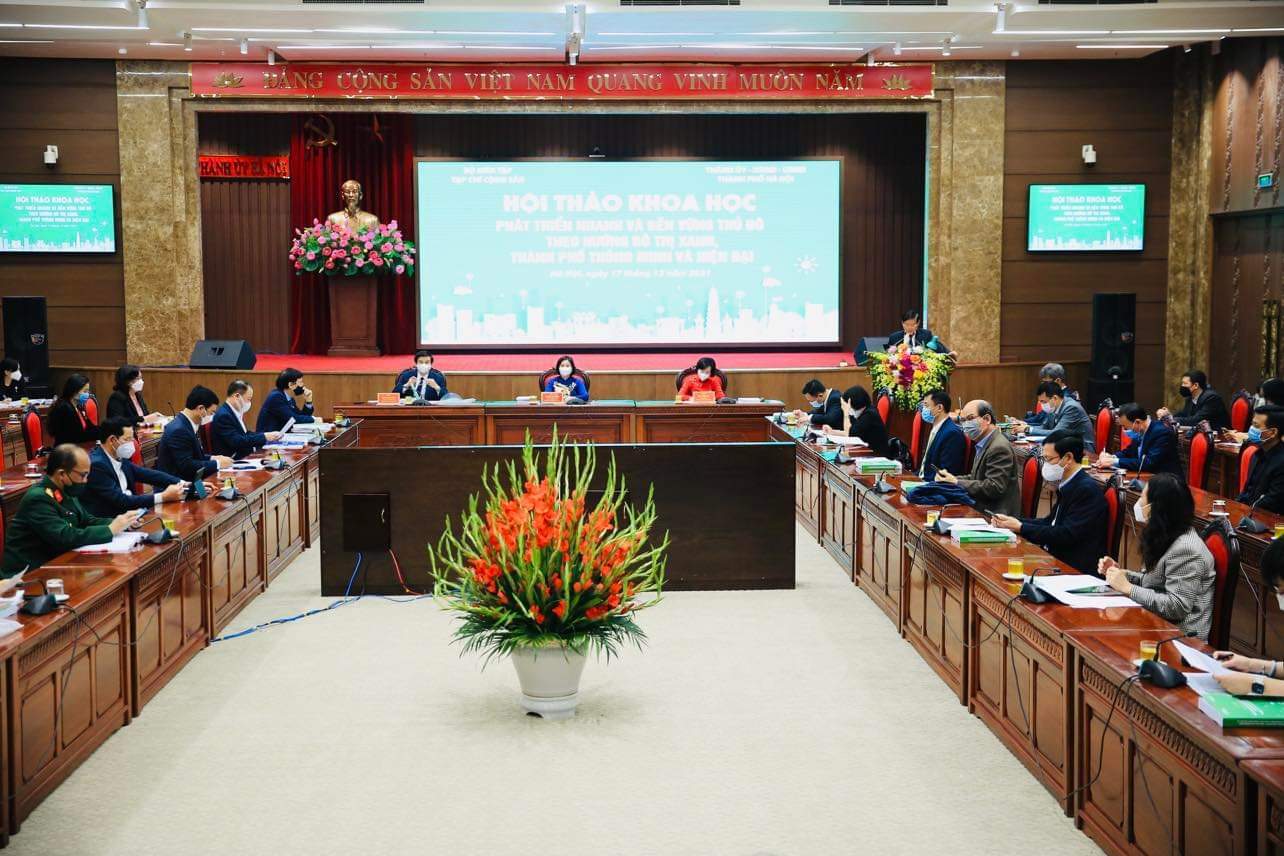 In recent years, Hanoi has completed core components that form the smart city, laying the foundation for the capital city to promote green and sustainable development.

Vice Secretary of the Hanoi Party Committee Nguyen Thi Tuyen gave the remarks at a conference discussing the solutions for Hanoi to become a modern, green, and smart city held today [December 17].

According to Tuyen, as one of the two largest metropolises in Vietnam, Hanoi is facing growing challenges from its rapid urbanization process.

“Hanoi, nevertheless, is aiming to pursue rapid and sustainable development towards becoming green smart and modern city by 2025; eventually reaching this target by 2030,” Tuyen said.

For the time being, Tuyen said Hanoi has formed the core parts of a smart city, including making a major step in forming an e-government model via accelerating IT application in the operation of local apparatus.

“This helps create breakthroughs in administrative reform with greater transparency, in turn creating convenience for businesses and people in dealing with administrative procedures,” Tuyen added.

In 2020, Hanoi stayed top of the country in terms of providing public services online at advanced stages of 3 and 4 out of the 4-scale level with 100% of administrative processes going online.

Tuyen also mentioned the fact that the city’s database has now been linked with the one at the national level.

“A single IT system for data sharing is being developed and later be used by all departments, units, and districts,” she suggested.

Another sign of a smart city in Hanoi is the increased use of science and technologies in addressing urban issues, especially in transportation with automatic traffic management via camera system, parking management with iParking app; issuing driver license using digitized data; healthcare through the launching app for management of e-health records; online learning; tax management, among others.

With environmental protection among the key pillars in building a green future, Tuyen said Hanoi is promoting smart production and consumption in line with new initiatives for building a green city.

For the 2016-2020 period, Hanoi planted over 1.6 million new trees and encouraged public participation in protecting the environment during urban development.

In production, Hanoi is giving priority to the application of smart solutions in agriculture to mitigate impacts from the urbanization process.

To date, Hanoi has 164 hi-tech farming models, accounting for 35% of total agricultural production value, for which Tuyen expected the rate would rise to over 70% by 2025.

In spite of the positive results, Tuyen acknowledged the shortcomings that Hanoi should address in the near future.

According to Tuyen, the administrative reform has left much to be desired with the city’s Public Administrative Reform Index (PAR) standing at 8th out of 63 provinces/cities in 2020, down six places from the previous year.

Tuyen also pointed out the necessity for Hanoi to improve the quality of human resources to better grasp opportunities from Industry 4.0.

Other issues such as traffic congestion and environmental pollution have not been addressed substantially, Tuyen continued, adding non-traditional security issues such as climate change and a pandemic are adding more pressure on the city to pursue sustainable development.