The locals living near the Nam Son landfill in Soc Son district some days ago tried to prevent garbage-carrying trucks from entering the landfill. This was the seventh gathering of locals over the last three years.

Hanoi authorities have been warned that more public gatherings will be seen until the problems with Nam Son landfill can be settled.

Under the solid waste management plan by 2020, the Nam Son Waste Treatment Complex receives and treats 4,500 tons of domestic waste a day, while the Xuan Son Complex treats 700 tons.

However, both landfills have become overloaded. Nam Son has to receive 5,000 tons a day, while Xuan Son had 1,200 tons

However, some plants have been operating ineffectively because of inadequate technologies and degraded equipment. The plants often have to stop operation for maintenance.

However, the projects have been going very slowly and it is possible they won’t be operational by 2021 as initially planned.

Domestic garbage is not the only problem of Hanoi. It also has to treat 150,000 cubic meters of leachate from untreated dumping grounds.

This was also why local people gathered to prevent garbage trucks from entering Nam Son Waste Treatment Complex. Prior to that, Phu Dien – SFC stopped the operation of the leachate treatment station at Nam Son Complex, which had spread bad odor to residential quarters nearby.

According to Hoang Duong Tung, former Deputy General Director of the Directorate General of Environment, a cubic meter of buried waste will produce 1.3 cubic meters of leachate.

Meanwhile, 85-90 percent of landfills in Hanoi are unsanitary.

He has also urged the implementation of the Nam Son Waste-to-Electricity Plant with capacity of 4,000 tons a day. However, even when the plant becomes operational, Hanoi will still have to bury 5 percent of waste. 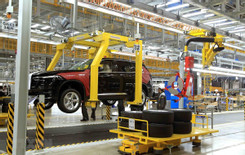 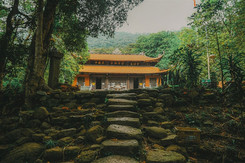