Environmental pollution, low air quality and water sources are burning issues in Hanoi these days. At a meeting with the Hanoi National Assembly delegation, electors repeatedly expressed their concern, especially about news reports that Hanoi is the most polluted city in the world. 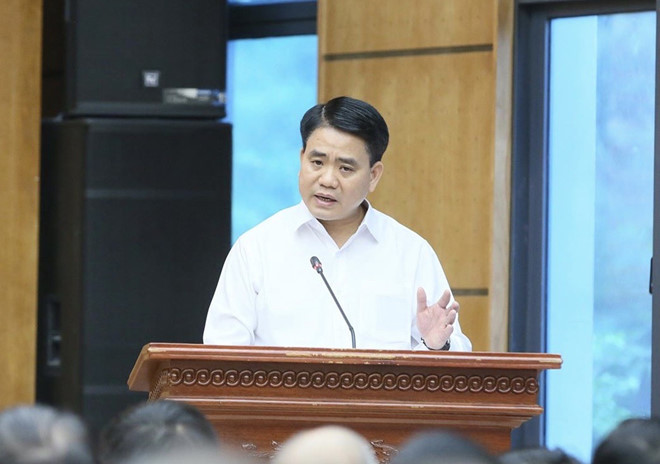 The mayor reassured them that for many years, the municipal authorities have applied measures to reduce environment pollution, especially to improve air quality.

The city works with a French group, sends officers to France to training courses, and French specialists to Hanoi to study the pollution of the city.

The biggest polluting source is from the emissions of motorbikes and cars.

Vietnam is striving to apply Euro 4 emission standards. Euro 6 standards are being applied around the world. There are 750,000 cars and more 5.8 million motorbikes in Hanoi. There is also a large number of vehicles from other cities and provinces entering the city.

Chung said it is necessary to control vehicles as the major source of pollution. However, he said the ‘government’s hand’ is needed.

The government and National Assembly released resolutions on controlling smoke and dust produced by expired motorbikes and cars. This is the responsibility of the Ministries of Transport, Science and Technology, and Natural Resources and the Environment. However, Hanoi authorities will join forces with the ministries to implement this task.

“I hope voters will support the policy on recalling expired motorbikes and cars, which is the biggest polluting source,” Chung said.

The other big source of pollution is the smoke from honeycomb coal. A survey conducted in 12 districts found that there are 55,000 families using honeycomb coal.

The municipal authorities have submitted to the city’s People’s Council a list of solutions to improve the quality of people’s life, with the focus on pollution reduction. Three waste-to-electricity plants are under implementation, including the 4,000 ton plant in Soc Son which is expected to become operational in October 2020.