Hanoi moves to crack down on COVID-19 law-breakers

The Hanoi Justice Department that is in charge of issuing fines, states that any individual who fails to don a face mask when in public will face a fine of VND300,000, equivalent to US$13.

In addition, those who throw away used face masks onto the road or on sidewalks will face fines of between VND5 million and VND7 million.

Furthermore, fines of between VND10 million and VND20 million will be imposed on any individual or organisation that refuses to stop their business activities.

Anyone who attempts to conceal the health status of either themselves or others will face a fine of up to VND2 million.

Moreover, those who leave quarantine will now be fined up to VND10 million. In the event that they are found to have transmitted the virus to other people, the individual involved could face criminal charges.

Anyone caught publishing fake news on social media regarding the COVID-19 will be subject to fines of up to VND15 million, or alternatively they could face criminal charges under the Criminal Code.

Individuals who refuse to undergo a medical check-up before leaving or entering any affected areas will be given a fine of VND20 million.

These fines come into force following Prime Minister Nguyen Xuan Phuc recently declaring the COVID-19 to be a national epidemic, before unveiling a decree on social distancing that requires all citizens to remain at home as much as possible in an attempt to prevent the spread of the COVID-19 among the wider community.

The decree advises people to wear face masks when in public and stay two metres away from other people if they go out for either food, medicine, or in an emergency.

Hanoi Mayor Nguyen Duc Chung stated on April 4 that the capital has sufficient legal grounds in which to implement this crack down on law-breakers, with officials having the ability to implement fines as of April 4. VOV 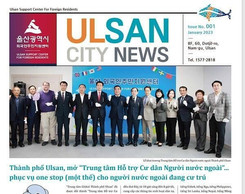