The capital city identifies that culture is the key role for sustainable growth. 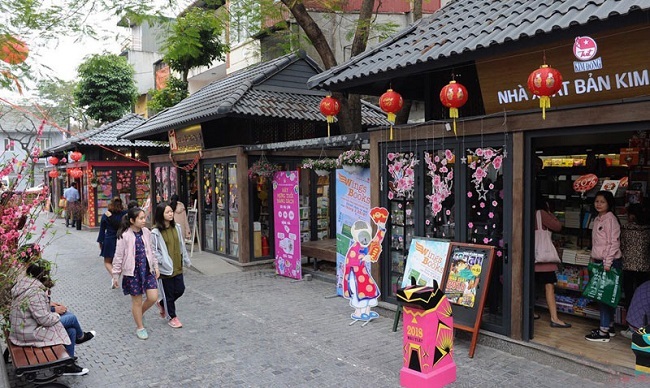 Hanoi is seeking support from organizations, businesses and individuals to promote the development of cultural industry in the capital city for the 2021-25 period.

This is the main content of the seminar entitled Developing cultural industry in the capital for 2021 - 2025, orientations to 2030, with a vision to 2045, situation and solutions, which was held by the municipal Party Committee in cooperation with the Department of Culture, Sports and Tourism in Hanoi on June 10.

The role of culture

The event drew the participation of representatives of international organizations, experts, scientists, artists, and businesses operating in the field of cultural industry, handicraft association, and traditional craft villages.

Bui Huyen Mai, Head of the municipal Party Committee’s Commission for Propaganda and Education said that culture is not only the goal and motivation but also the important source and strength for the sustainable development of Hanoi in the integration and globalization.”

“The first mission of developing the cultural industry is to build the brand of a creative city,” said Le Quoc Vinh, Chairman of Le Group of Companies and Vietnamese Creative Entrepreneurs Club, “It includes creative spaces, public cultural works, street art, cultural and art symbols, among others.”

Delegates at the workshop also said that Hanoi needs to promote tangible and intangible values by implementing activities and events for residents and visitors, giving them experiences in various specific fields such as tourism, fine arts, photography, exhibition, architecture, performing arts, radio broadcast, fashion, cinema, design, entertainment games, and so on.

The city should also use social resources to foster competition between public and private art units and draw up policies to encourage the equal participation of all people as well as nurture and build up the future audience.

In order to promote the development of the cultural industry in the capital, Nguyen Van Phong, Deputy Secretary of the Hanoi Party Committee said that the city would focus on a number of tasks such as creating a favorable environment and policies to develop the cultural industry, building infrastructure, facilities and a creative cultural ecosystem with a cultural market and education system for a generation of the audience that appreciates traditional and modern cultural values.

“This is long-term work which requires a lot of investment. The city has devised a strategy to develop the cultural industry to be carried out in stages with specific tasks at each one,” Phong said.

In recent years, Hanoi has successfully organized many large-scale festivals and events in the fields of cultural and creative industries such as the Hanoi International Film Festival, the Hanoi Handicraft Product Design Contest, Hanoi Street Festival, and Monsoon Music Festival, among others.

In addition, there are active and strong development of private enterprises and a contingent of cultural experts, which also contribute to improving the quality of Hanoi’s cultural and artistic creations.

After 21 years awarded the “City for Peace” recognition by UNESCO, Hanoi has evolved into a political, economic, and cultural hub of Vietnam. With its growing status internationally, strong development, and preservation of traditional values, Hanoi will become a model of economic and cultural development in the Asia Pacific region in the near future.