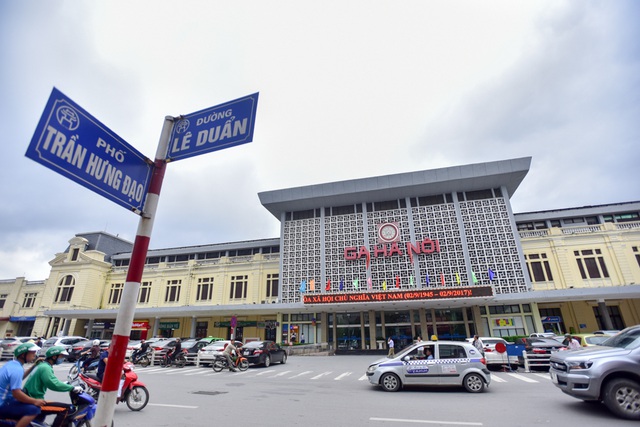 Due to COVID-19, in the first five months of 2020, Haraco’s railway transport volume only reached 32% compared to the same period last year. To overcome difficulties and restore domestic travel nationwide, Haraco has cooperated with the UNESCO Hanoi Travel Club and travel agencies to build train tours to tourist sites in Quang Binh, Hue, Da Nang, Vinh and Lao Cai, as well as other tourist destinations connected by railway.

To stimulate tourism, Haraco is also offering discounts up to 25% for collective ticket buyers, in addition to upgrading its wagons and services while organising trains with separate itineraries at the special request of travellers.

Starting from July 8, Haraco will resume daily trains from Hanoi to Dong Hoi – the capital city of Quang Binh Province, and Lao Cai Province, instead of running only at weekends during the months most affected by COVID-19. In addition, from July 5, the company will run a pair of weekly passenger trains coded SE35/SE36 on the Hanoi - Vinh route each Sunday.

The tourism stimulus is the latest move in a series aimed at revitalising the tourism industry of the capital city. Hanoi’s tourism has showed positive signs of recovery as it welcomed 258,000 domestic visitors in May, with the number of international arrivals reaching about 12,000, most of whom being officials on duty or foreigners coming to Hanoi as they are unable to return home because of COVID-19.

Local tour operators have launched various stimulus packages for the domestic market, such as Hanoi Redtour offering discounts from 30 to 35% on sea tours, while Vietravel Hanoi and AZA Travel are also offering new products with a maximum discount of up to 50%. Local hotels such as Muong Thanh Grand Hanoi and Movenpick Hanoi are also offering attractive promotions.

The city aims to continue exploiting its advantages on cultural tourism and handicraft village tourism, while encouraging travel agencies to develop new tourist products and upgrade the old ones. The city also plans to host a range of cultural festivals from now until the end of the year to attract more tourists.

The same move is also being applied by the Saigon Railway Transport JSC for tourists from the central city of Da Nang, as the company is cooperating with the Da Nang Tourism Association in implementing a domestic tourism stimulate programme, offering reduced price rail tickets to encourage local tourists to travel by train.

Accordingly, the discounted train tickets are being offered to tourist groups buying tours operated by travel companies that registered to participate in the tourism stimulus programme with the Da Nang Tourism Association.

The trains joining the programme are the Thong Nhat (reunification) north-south passenger trains and the rail routes managed by the Saigon Railway Transport JSC, with discounts on tickets of up to 35%.  Nhan Dan