VietNamNet Bridge – The Hanoi-based FC has approached Vietnamese-American football star Lee Nguyen to invite him to return to play in the V-League 2015.

VietNamNet Bridge – The Hanoi-based FC has approached Vietnamese-American football star Lee Nguyen to invite him to return to play in the V-League 2015. 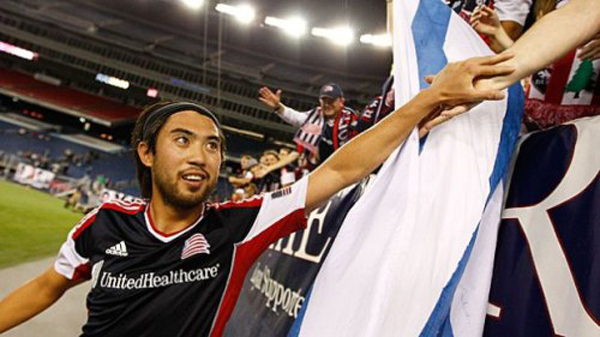 "We are very impressed with the performances of Lee Nguyen in MLS the last season. In the plan for V-League 2015, Hanoi T & T wants to have him as our key player" said PR Manager of Hanoi T & T, Mr. Nguyen Quoc Tuan.

"Lee Nguyen has re-signed a contract with the New England Revolution, but we are willing to pay high prices to bring him back to the V-League. It is ??????????NOT???? important whether Lee Nguyen wants to repatriate or not. We will assure him that we will pay him more than what he earns in the US," Tuan said.

He moved to Becamex Binh Duong FC in March 2010, but injuries restricted him to 15 league appearances and two goals. He returned to the U.S. in December 2011, joining New England Revolution on a multi-year deal.

Lee Nguyen scored 18 goals for the New England Revolution, bringing the club to the play-off final of the eastern region with the New York Red Bulls.

Thanks to his good performance for New England Revolution this season, Lee Nguyen was recently called up to the US national team for friendlies against Ireland and Colombia.

Lee Nguyen, who holds dual citizenship with the United States and Vietnam, earned the last of his three caps in 2007. He played for two seasons in Vietnam's V-League, before joining Major League Soccer in 2012.

His previous U.S. appearances came in a 2007 friendly against China and in two games in the Copa America tournament the same year.