Hanoi to relocate polluting factories from downtown in 2021-25 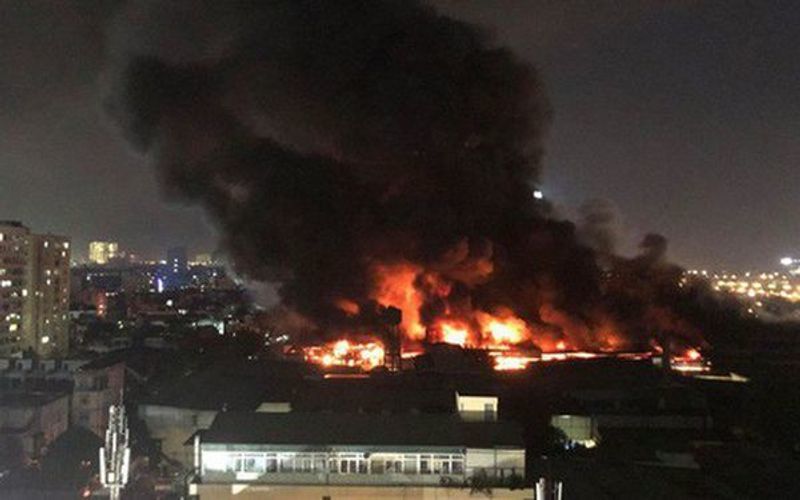 Smoke rise from a fire at Rang Dong Light Source and Vacuum Flask JSC in Hanoi on August 28, 2019. Photo: Kinhtedothi.vn

In the period of 2021-2025, all polluting factories will be moved out of Hanoi’s downtown as planned, according to Director of the Hanoi Department of Construction Vo Nguyen Phong.

Although the municipal People's Committee has issued guidance on the relocation of industrial facilities that are not consistent with the planning. However, the process of the relocation has been deadlocked, Phong said.
He explained that the relocation of polluting factories out of Hanoi’s downtown has been facing with many hurdles, including the laborers’ reticence to commute longer, the owners’ financial shortage and lack of funding from the central and local administrations for such purpose.

Echoing Phong, former director of the Hanoi Department of Natural Resources and Environment Nguyen Trong Dong said that the facilities owners cannot afford to relocate their workplace and production and the government has not spared a budget to support the relocation.

The municipal Department of Natural Resources and Environment has also set up a list of 90 industrial establishments that have to be moved out of the inner city because they are inconsistent with the city’s construction planning, Dong added.

Director of the municipal Department of Construction Vo Nguyen Phong said that Hanoi will also aggressively develop housing and urban areas in the period of 2021-2025, with priority given to housing for workers in industrial parks and high-tech zones.

Moreover, Hanoi will continue to renovate degraded and dangerous condominiums so that they would become civilized and modern urban areas, Phong stressed.

Ministries and sectors should work together and take drastic action to carry out Prime Ministerial Directive No 03/CT-TTg on enhancing air pollution control,