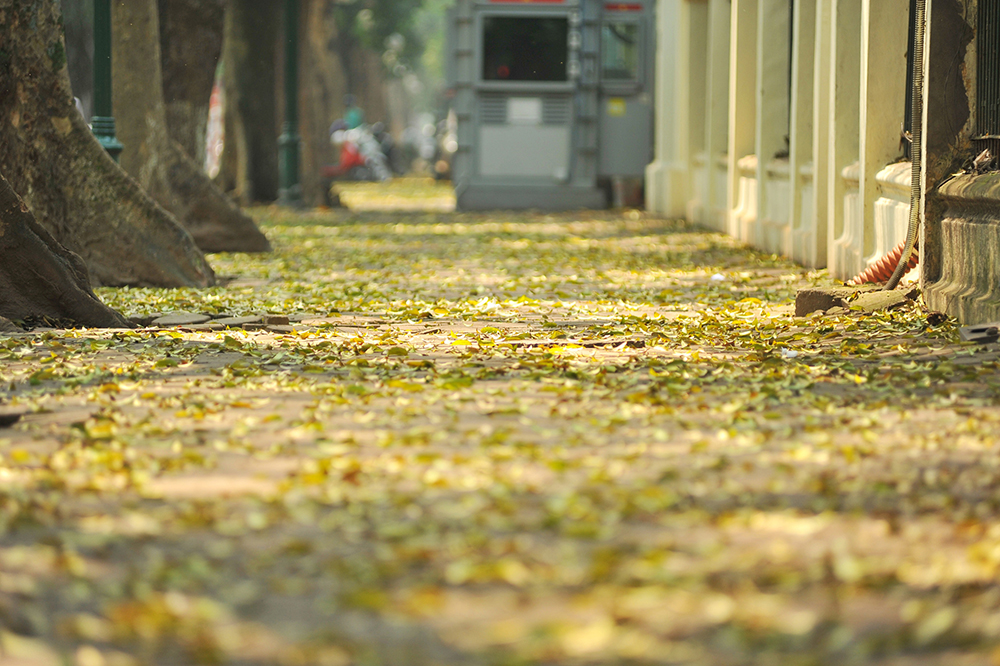 In temperate countries, autumn is the leaf changing season; however, in Hanoi, many kinds of trees shed their leaves in the early summer. 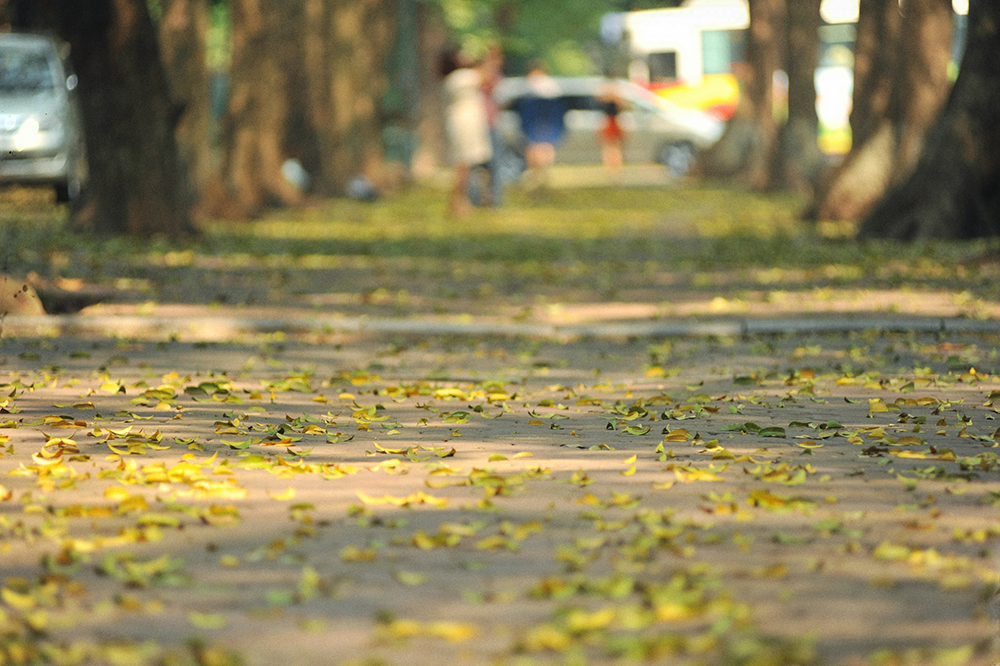 The carpet of leaves that have fallen from “sau” (dracontomelon duperreanum) and “xa cu” (nacre) trees. 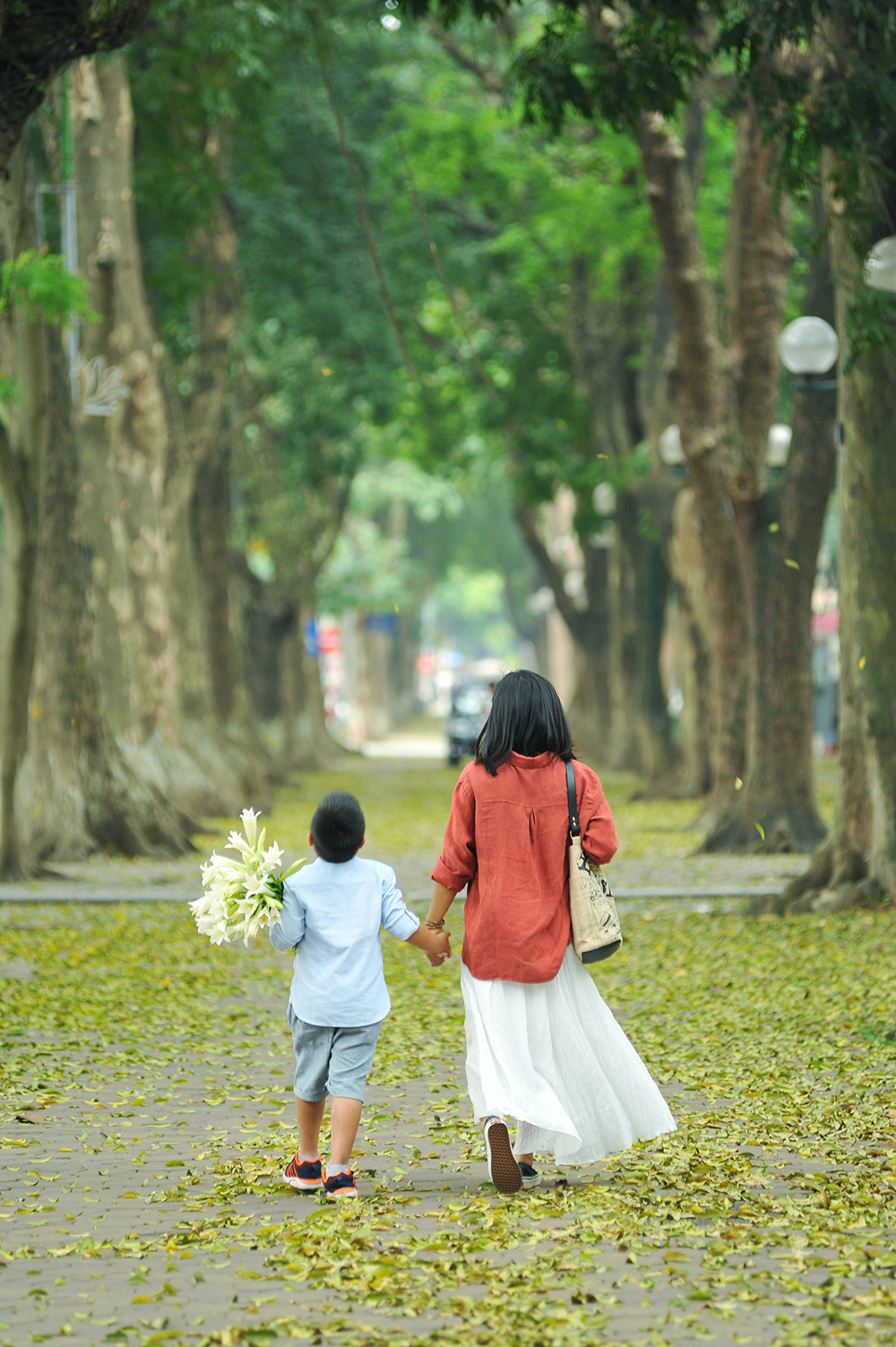 Many dracontomelon duperreanum and nacre trees planted along several streets have attracted numerous foreigners to Hoan Kiem District, the diplomatic area in Ba Dinh District, and the old quarter around Hoan Kiem Lake. 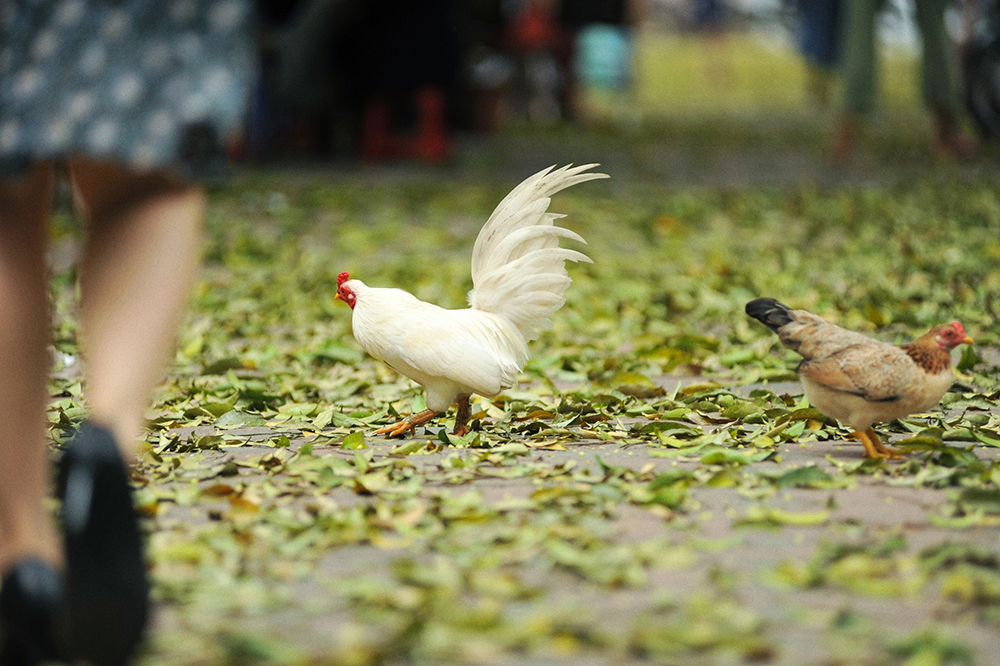 The changing leaves signal the start of summer. 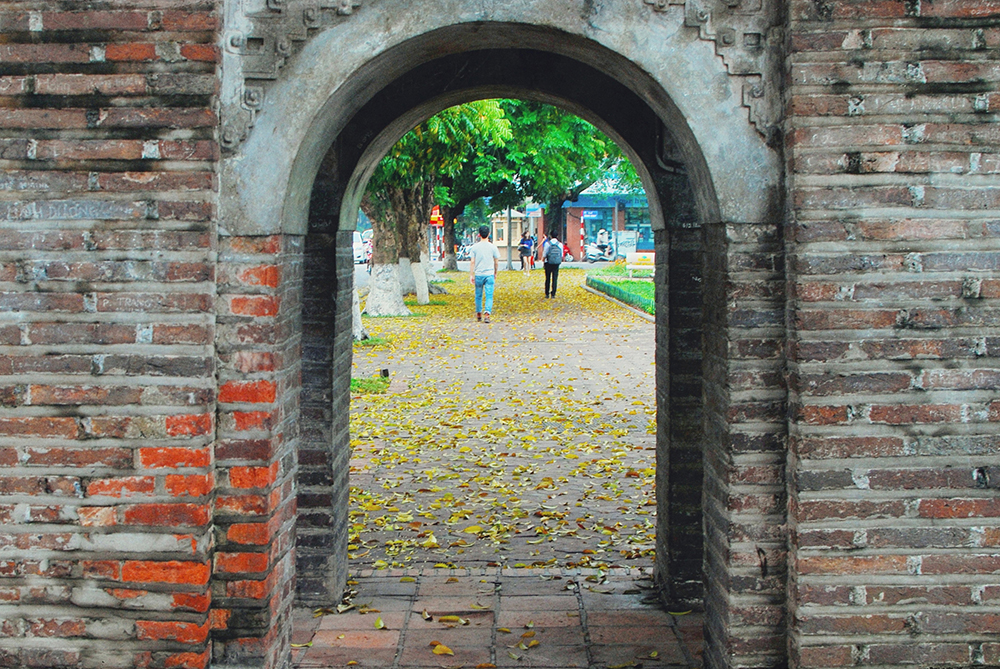 The pavement crossing Hoa Phong Tower beside Hoan Kiem Lake is covered in the yellow leaves of dracontomelon duperreanum trees. 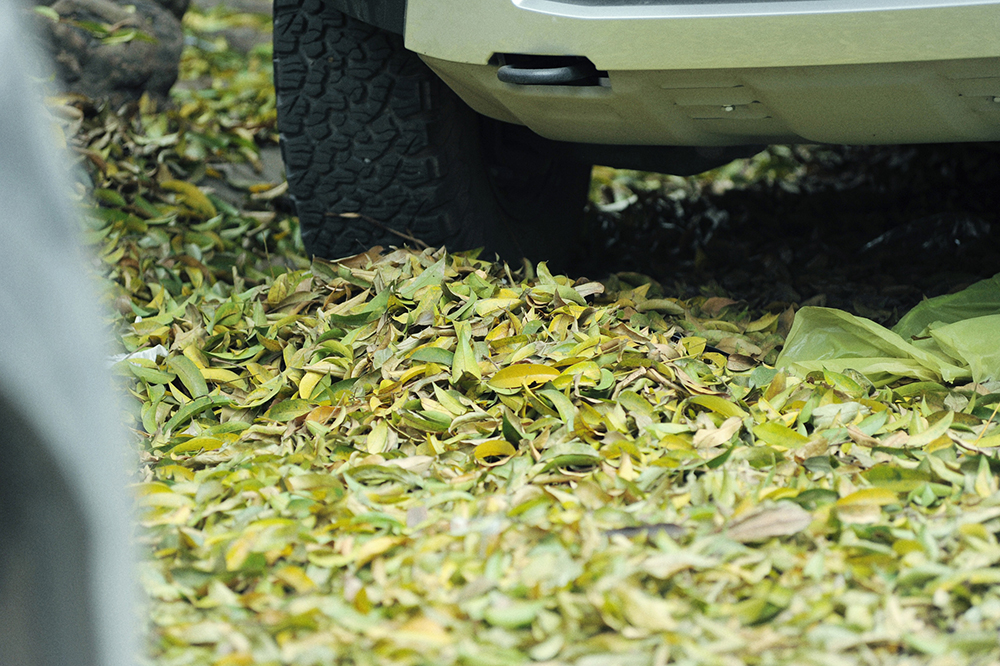 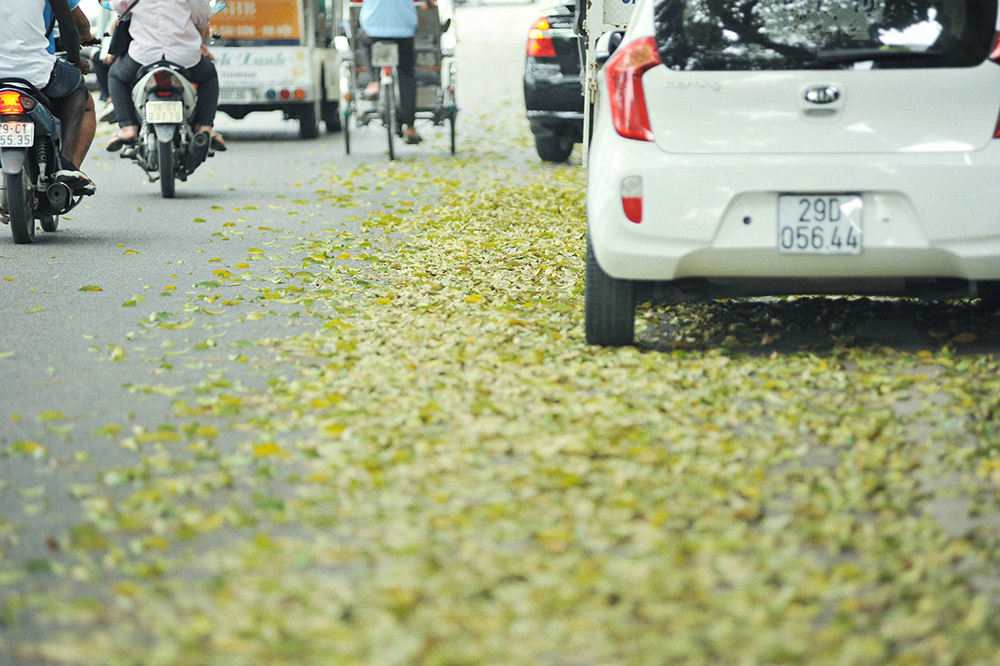 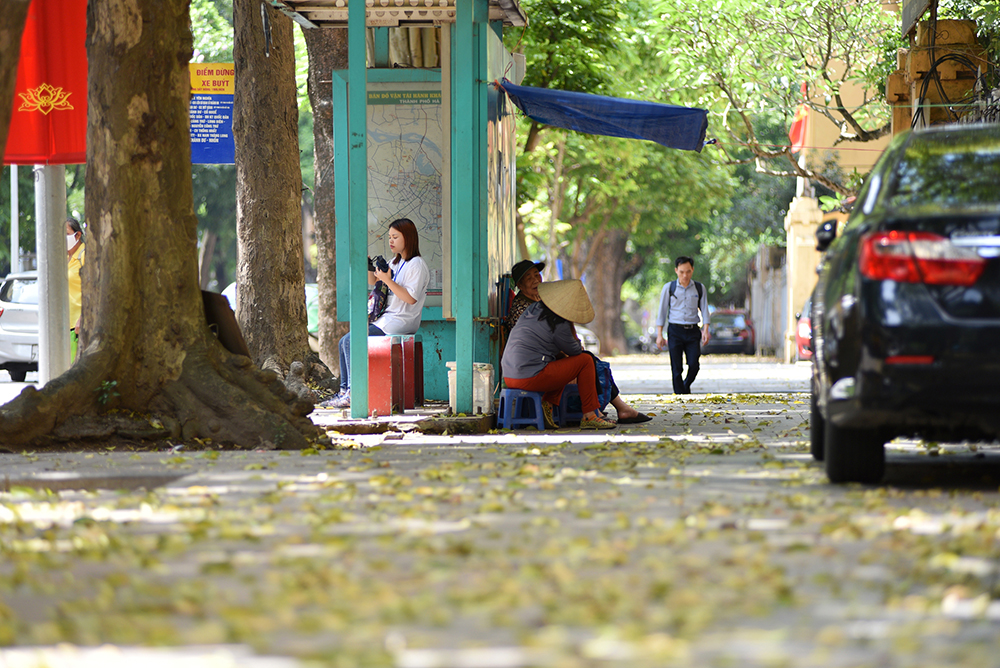 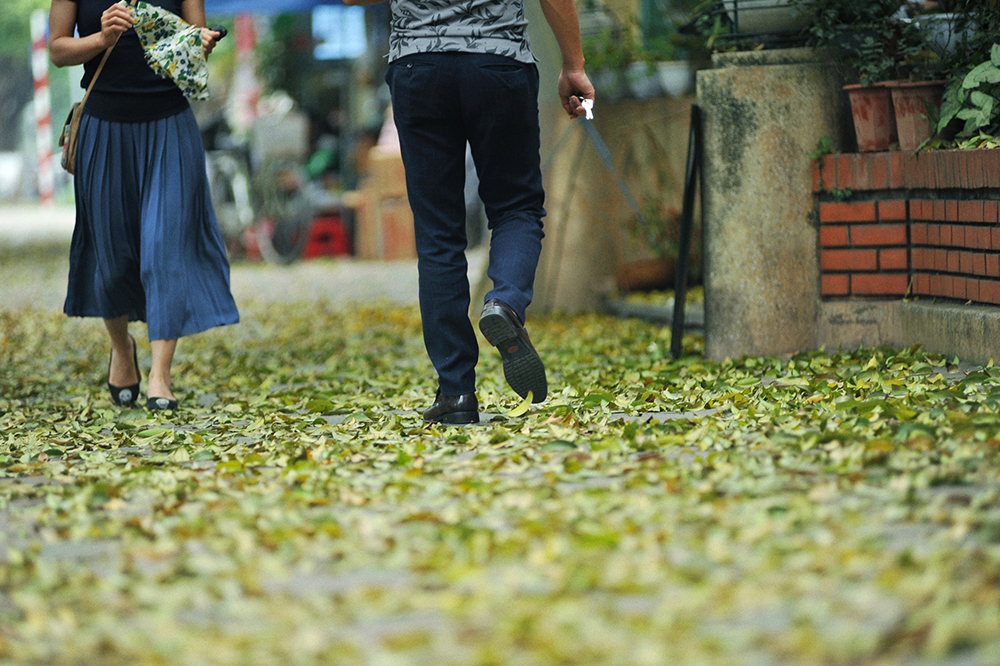 Tran Hung Dao Street, where many foreign embassies are gathered, is one of the roads with the most dracontomelon duperreanum and nacre trees. 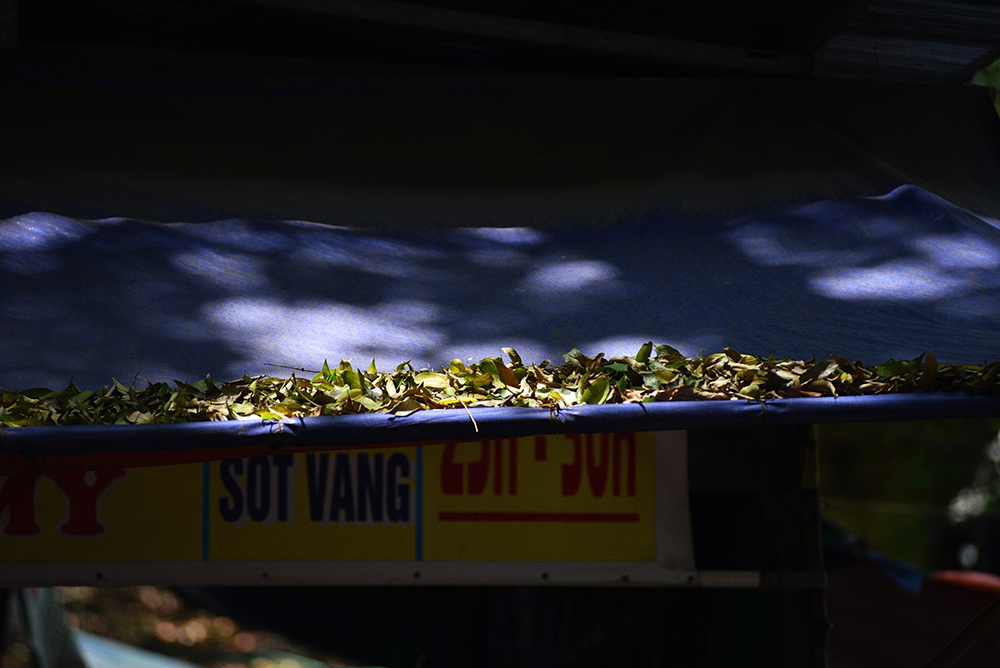 Fallen leaves on awnings at an old dormitory on Ly Thuong Kiet Street. 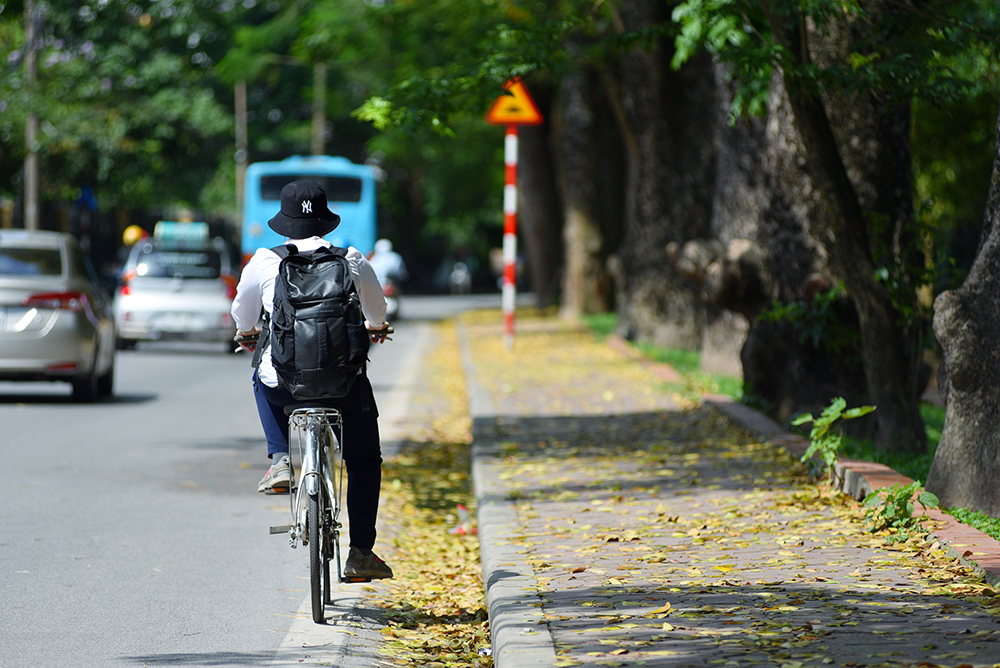 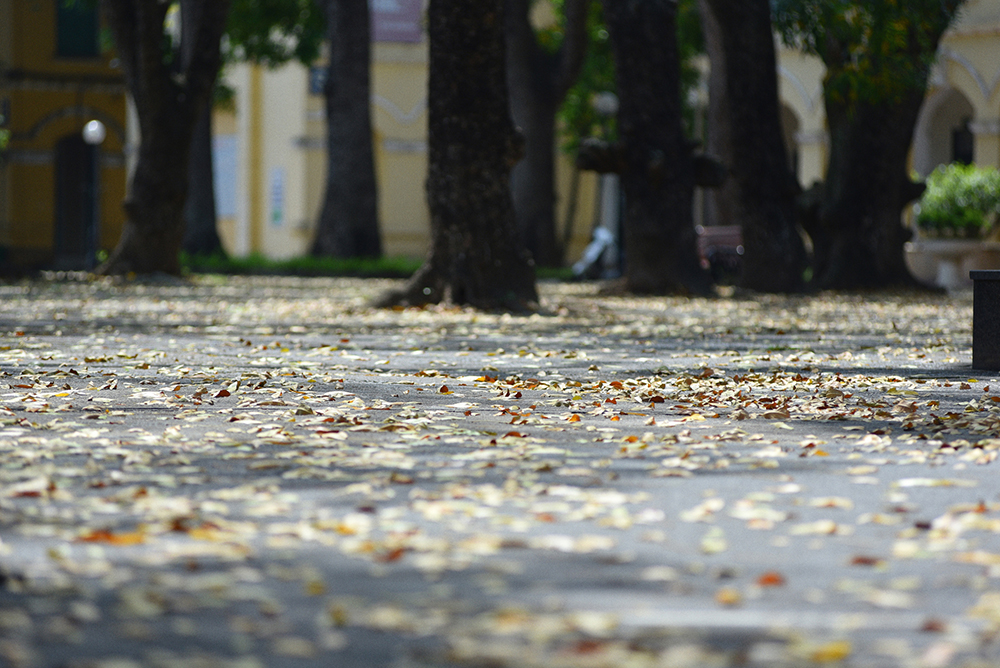 Nacre trees shedding their leaves on Chu Van An School, which is the most famous one in Hanoi with its 112-year-old giant nacre trees. 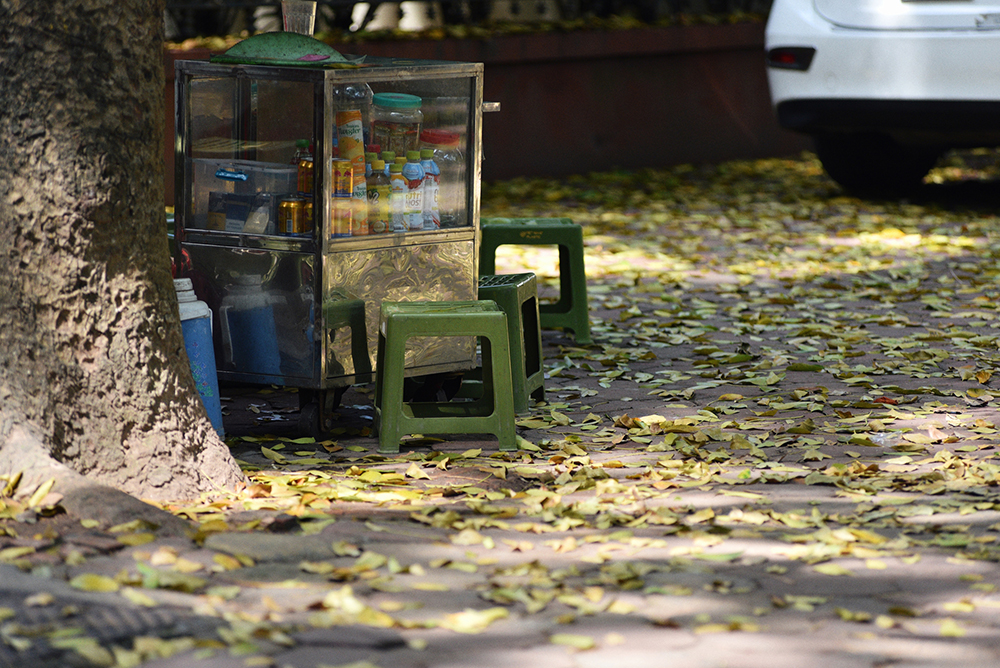 An iced tea shop on the sidewalk of Ly Nam De Street, where there are many army barracks. 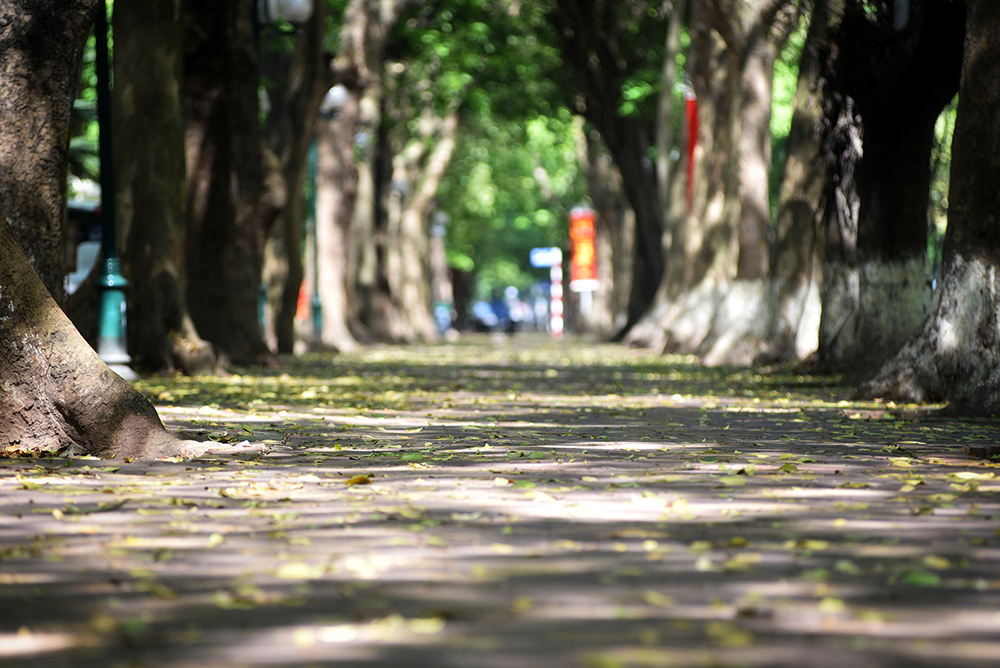 With long sidewalks and three rows of ancient dracontomelon duperreanum trees, Phan Dinh Phung is known as one of the most beautiful streets in the capital city. During the May days, it has become more poetic as hundreds of trees shedding their leaves. 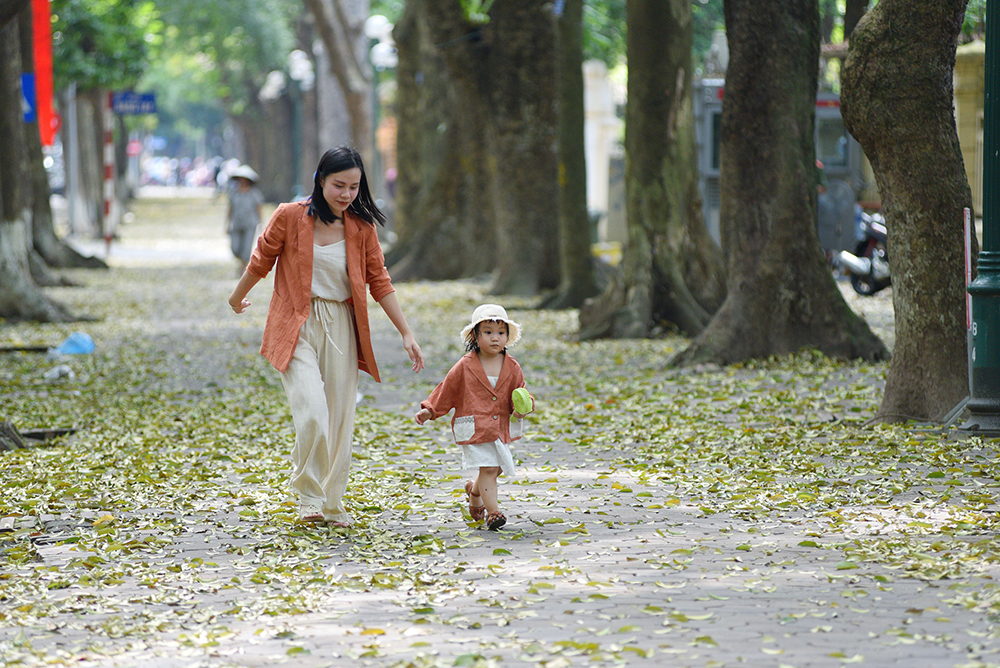 A child and her mother walking in streets full of fallen leaves. 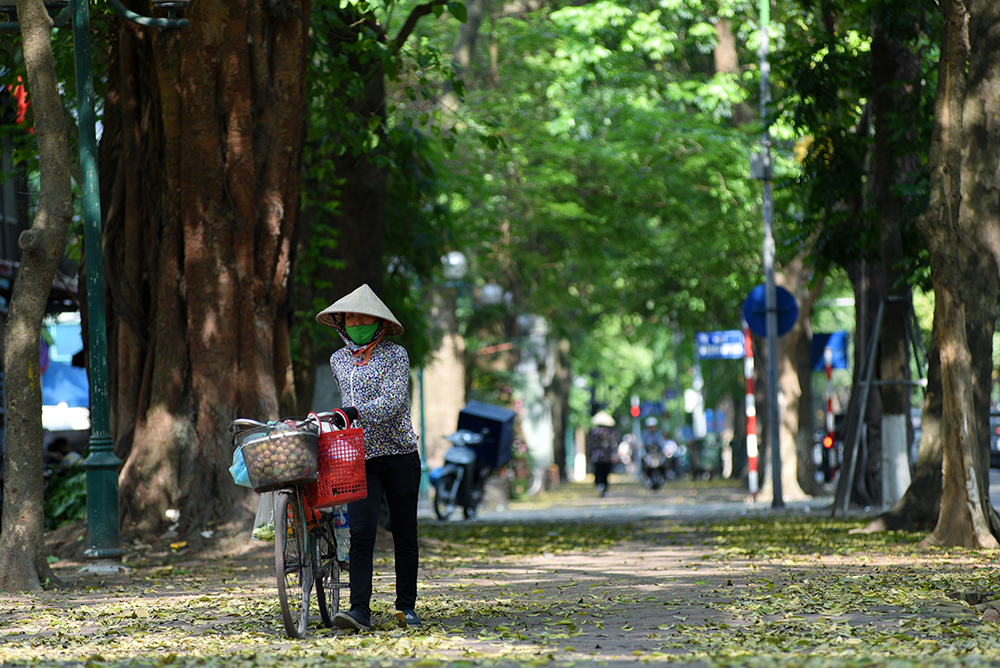 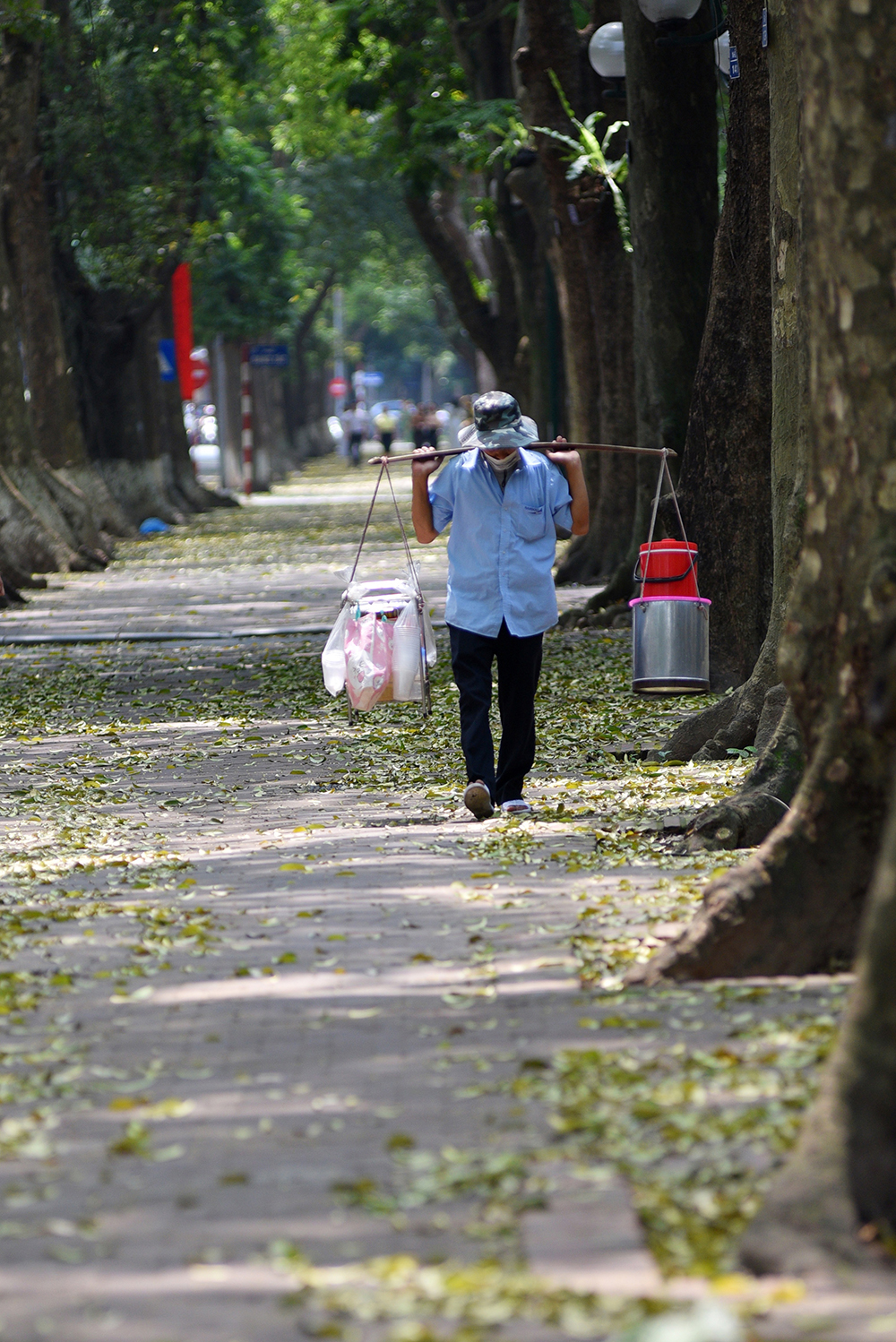 The beautiful images of labourers under the trees in the early summer.