The image of honeycomb charcoal stoves is common on many streets in Hanoi, from big streets to narrow alleys. However, it is the "silent assassin" that pollutes the air and seriously affects human health.

Hanoians see thick columns of dark smoke in the morning at old residential quarters, in the central area, and especially at street food shops and temporary markets. 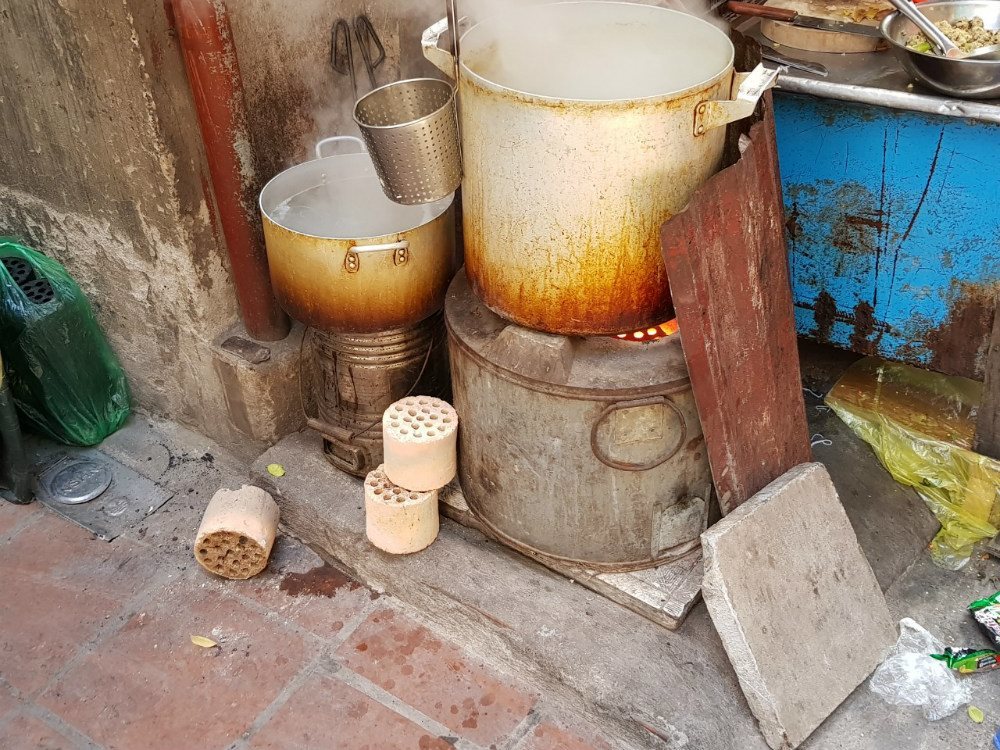 Le Phuong, the owner of a small shop that sells food for breakfast in Dong Da district, said for small business households like hers, using a honeycomb charcoal stove is the top priority.

“We use four pieces of charcoal every day,” she said. “If we used gas or electric cooker, we wouldn’t make profit,” Phuong said.

There are many small business households like Phuong’s. On Kim Hoa street alone, which is just several kilometers long, there are tens of street food shops and most of them use honeycomb charcoal stoves. Asked if they know about the evils of honeycomb charcoal, all the shops’ owners said ‘yes’, but they still decided to use it because it is ‘convenient and cheap’.

“We know the stove is harmful to people’s heath, but we cannot pay for electric cooker,” he said, adding that gas cookers are not safe.

According to the Hanoi Environment Protection Sub-department, Hanoi every day consumes 528 tons of honeycomb charcoal, which means that the volume of CO2 discharged into the environment is very high. The coal is low-class coal, cheap, which is mixed with mud and has a certain sulfur content to ignite faster.

Doctor Nguyen Thi Kim Anh, Lecturer of Public Health University said when burning honeycomb charcoal, this will produce toxic gases such as SO2, NO2, CO and fine dust. Fine dust is microscopic, smaller than 1/30 the diameter of a strand of hair. It is invisible with naked eyes, but it can go deep into the alveoli, affecting breathing.

Breathing these gases will cause headaches, dizziness, lightheadedness, and nausea, affecting the lungs and heart, even leading to death if inhaling for a long time. In particular, pregnant women exposed to charcoal stove smoke will face the risk of hmalnutrition for babies. In addition, the smoke is especially dangerous for children under 5 years old.

Independent air quality tracker AirVisual reported a higher index in some areas in Hanoi at 198 early on Monday.