People in Hanoi’s outlying district of Dong Anh have been seriously affected by the burning of waste at a nearby open dumping site for many years.

People in Hanoi’s outlying district of Dong Anh have been seriously affected by the burning of waste at a nearby open dumping site for many years.

Over the past 15 years, residents at Thuy Lam and Van Ha communes in Dong Anh District have been facing pollution due to the burning at the open dumping site in Van Mon Commune in the neigbouring province of Bac Ninh.

The dump contains different kinds of litter such as industrial and medical waste. At night, the waste is burned, causing air pollution for surrounding residential areas. Households at Thuy Lam and Van Ha Commune often have to shut windows and doors, while many people are forced to wear masks even when sleeping to avoid the smoke with the bad smell.

People in Van Mon District collected the waste from different localities. After selecting what they can resell, the rest is brought to this site.

The waste burning has been taking place for 15 years with no action.

Ngo Khac Dat in Thuy Lam Commune said that the litter has polluted the local water source. He also added that over the past five years, more local residents have contracted cancer, which they blamed on the pollution.

According to a recent report on handicraft villages' pollution by the Ministry of Natural Resources and Environment, Man Xa Village in Van Mon Commune is among 37 villages in Vietnam with the highest number of patient cancers due to air and water pollution.

People in Thuy Lam and Van Ha communes have reported the pollution that has resulted from the dump site, but, nothing has been done to deal with the problem. Rolls of electric wires with copper core taken out have been piled to wait for being burned. Many people usually come there to collect scrap 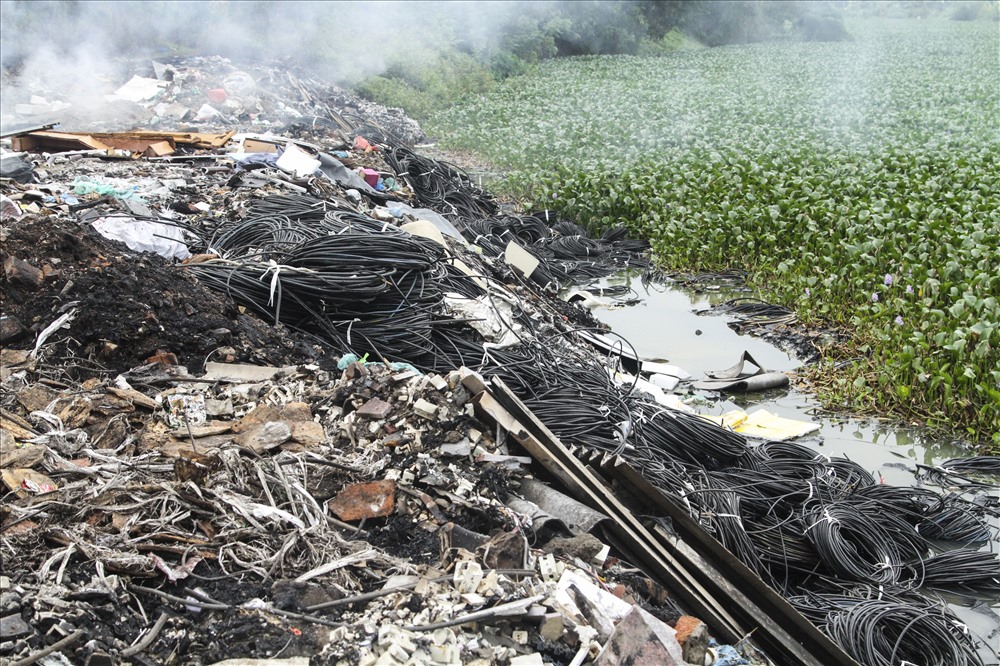 The rubbish has also been thrown into the irrigation system 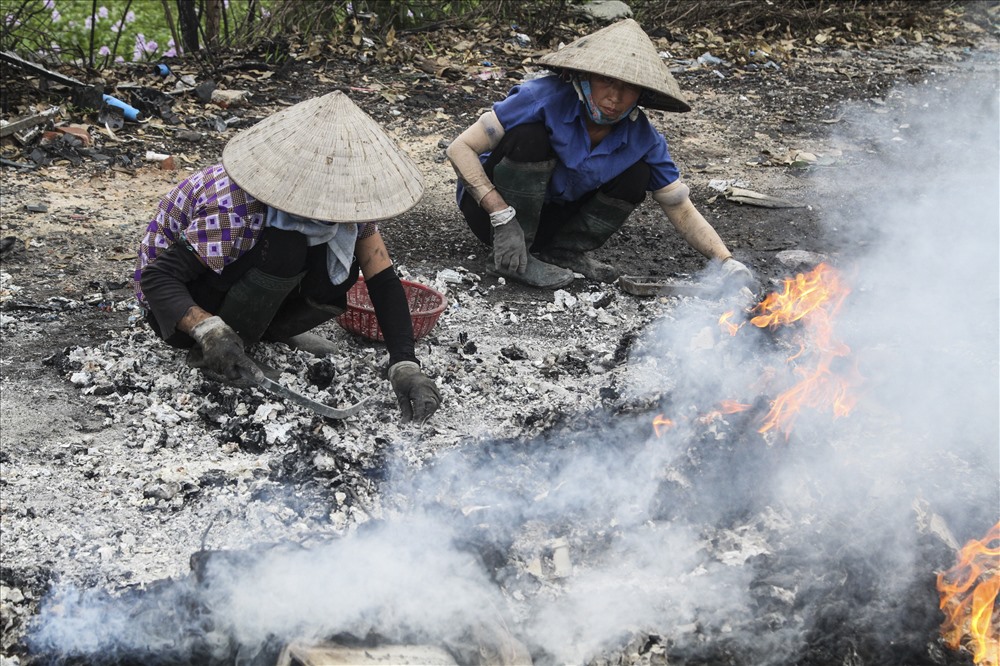 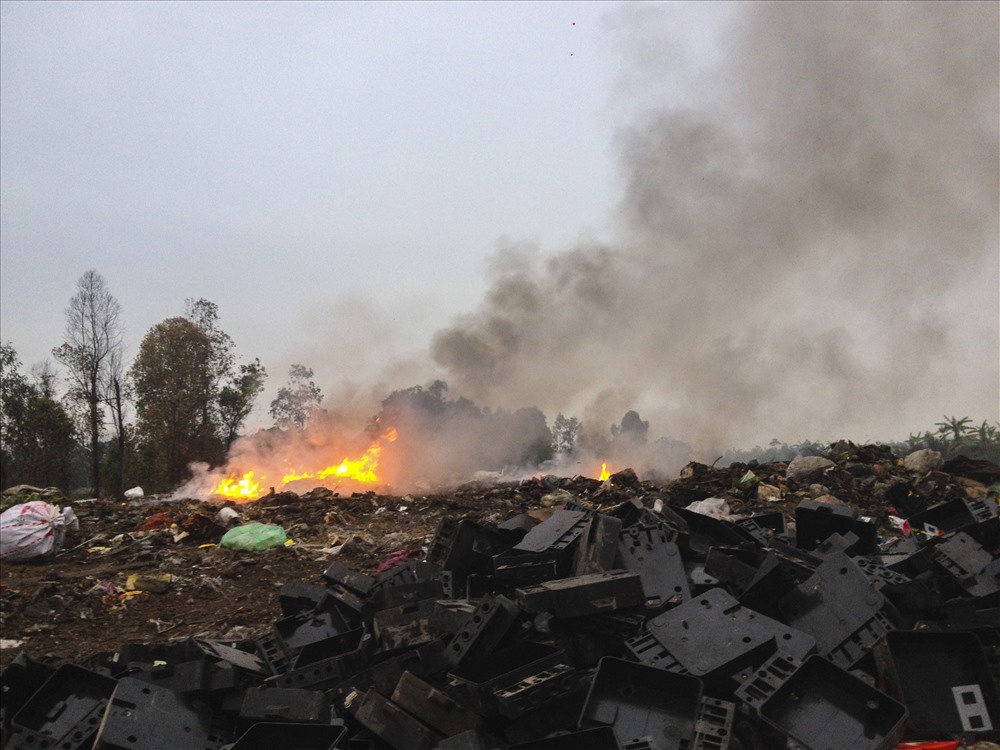 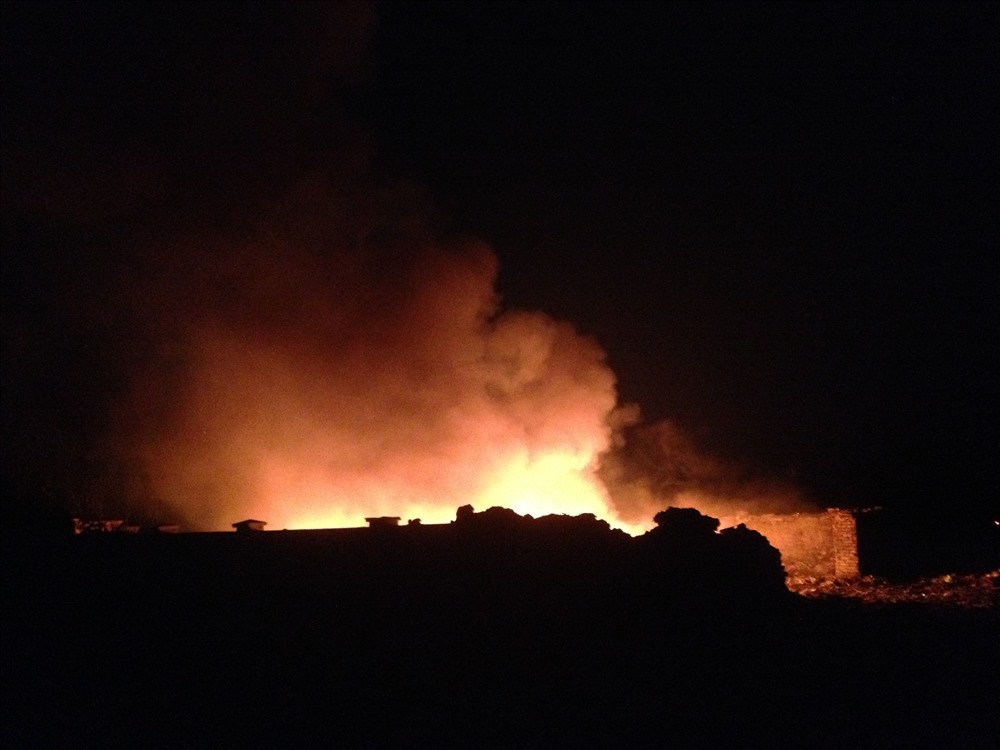 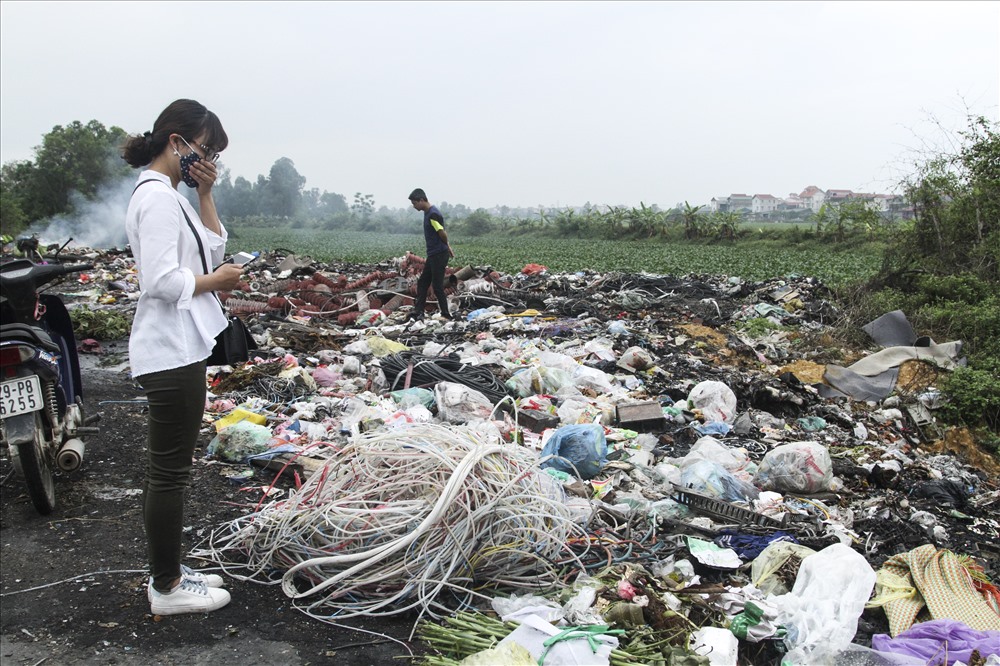 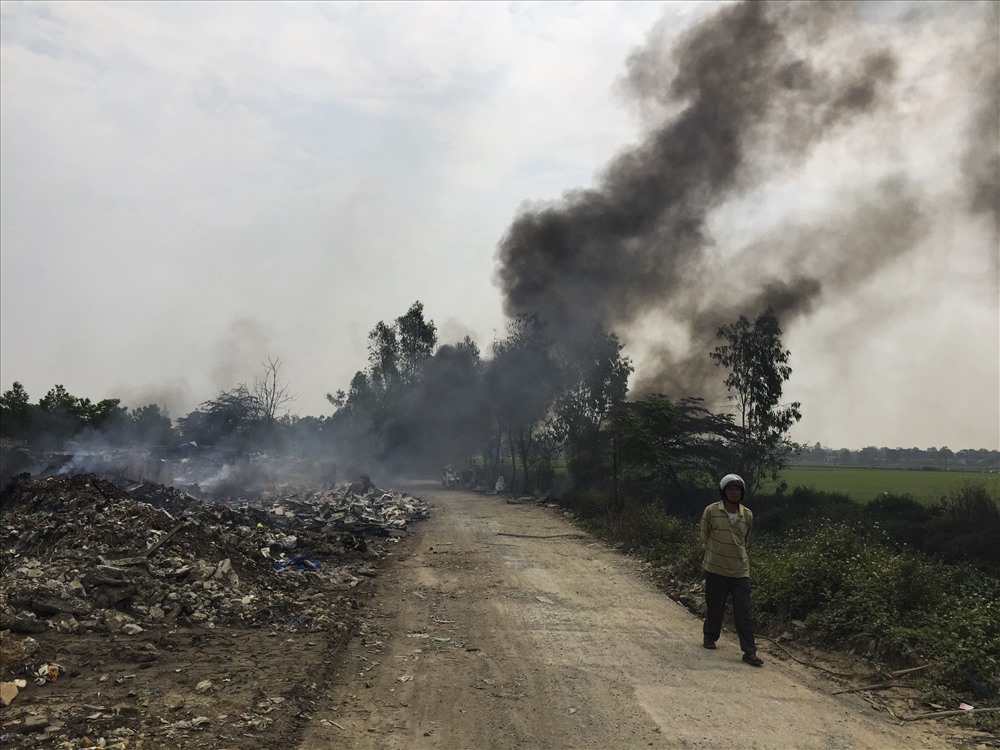 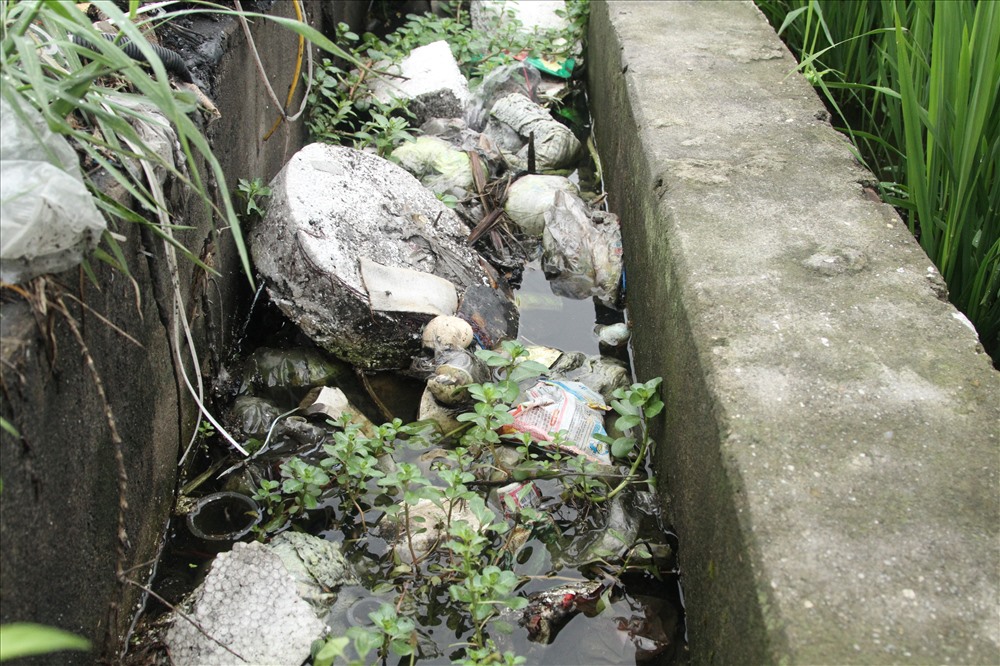 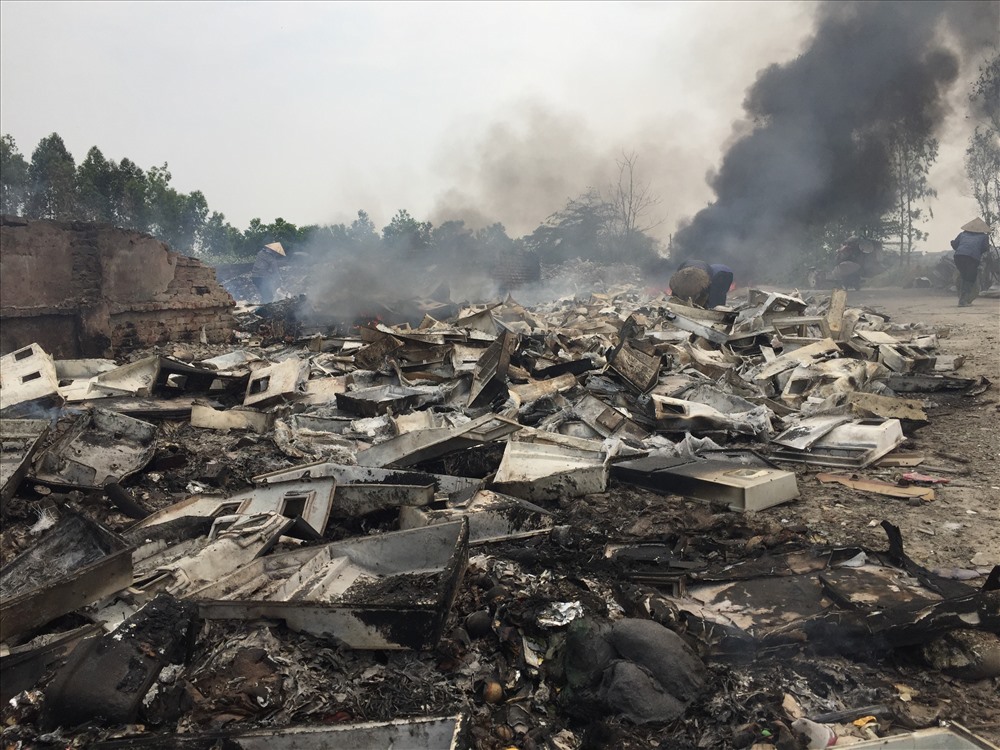 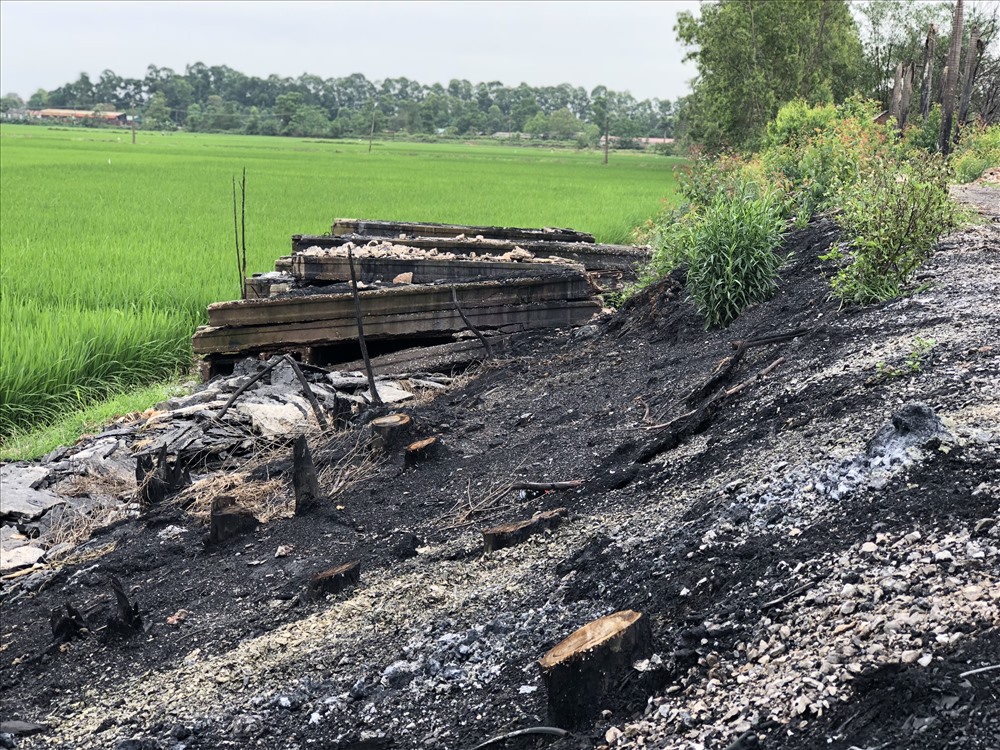