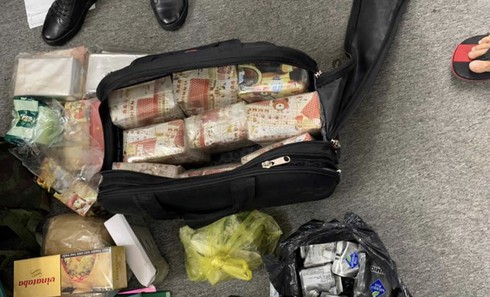 The ring was mastermined by Nguyen Hoang Danh, 24, and Dang Xuan Hai, 60, who both live in HCM City’s Tan Phu district, according to HCM City police.

Police have kept a close watch on the ring since its transactions were discovered in late February 2020.

During the course of investigation, police found both Danh and Hai had met and directed a number of people to execute transactions in many places in HCM City, Binh Duong and other provinces.

This is a large-scale drug trafficking ring operating in a sophisticated manner in many localities, police said. Dtinews