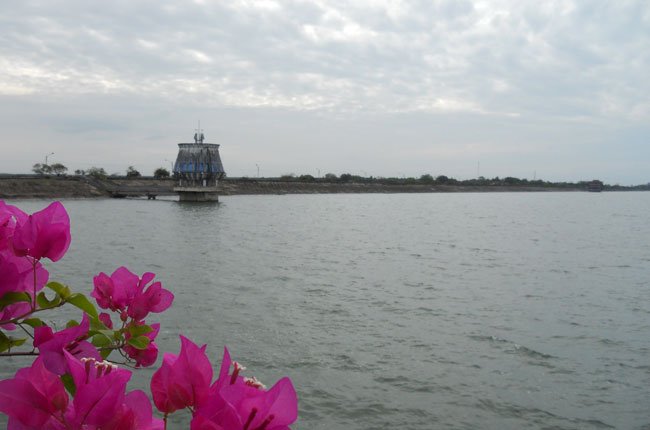 The HCMC Department of Agriculture and Rural Development has issued warnings about the saltwater intrusion in the Sai Gon and Dong Nair Rivers.

Sai Gon and Dong Nai are the two main sources of water for the city.

Some experts, both foreign and Vietnamese, have suggested building some water reservoirs to store water for dry season. The reservoirs will additionally provide water to the city in case the water levels on Sai Gon and Dong Nai Rivers go down and cannot provide enough raw water to water plants.

Nguyen Van Dam, director of the HCMC Irrigation Service Company, noted that the city’s water supply depends on water coming from Sai Gon, Dong Nai and Vam Co Dong Rivers, while it does not have stored water as there is no reservoir and no dam.

Meanwhile, climate change has had a bigger negative impact on the city’s life. Therefore, it is necessary to think of long-term solutions to the water shortage.

If water reservoirs are built, they will help ease water shortage in dry season. Fresh water will be stored in the rainy season and will be discharged in the dry season.

This can help ease the floods when it rains heavily and ensure enough water for irrigation.

According to Dam, the reservoirs must be very large. Each of them needs to cover an area of 400 hectares, capable of containing 20 million cubic meters of water. And they need to be set up on the upper course of the Sai Gon River.

The Sai Gon Water Supply Company (Sawaco) said it hopes that water reservoirs can be built within five years, emphasizing that they would be very useful for the city in the context of climate change.

According to Sawaco’s deputy general director Bui Thanh Giang, Sawaco has conducted surveys and recommendations from Dutch specialists for reservoir projects. It is collecting opinions from relevant agencies on the projects and will submit a report to the city authorities.

Giang said the reservoirs may be set up in Cu Chi districts, and their total capacity would be large enough to store water for three-month use in the city.

Sawaco, for example, had to halt pumping raw water from Sai Gon River for 10 consecutive hours at times, when salinity reached 380 mg/l.