HCM City authorities vowed to speed up the relocation process to move various processing facilities out of residential areas to deal with local pollution problems. 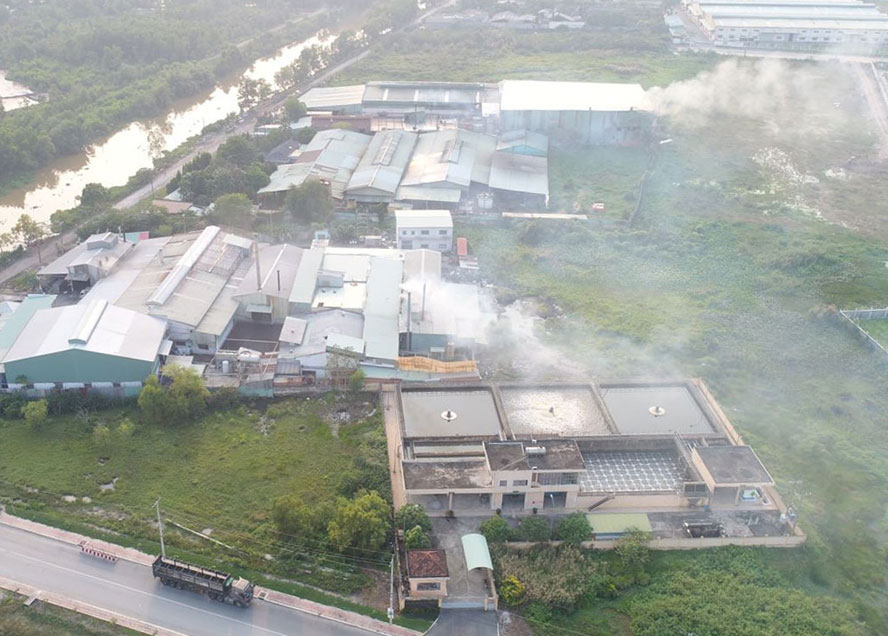 Smog can easily be seen in HCM City every day. Le Thi Xuan Lan, former vice head of the Southern Centre for Hydrometeorological Forecasting said that smog is the sign of severe air pollution especially when there was no rain and the humidity was low.

According to locals in Tan Phu District, there are many processing and manufacturing facilities located within residential areas. Phan Thi Thu Hoai from Hiep Tan Ward lives on the fifth floor but she didn't dare to open the windows in the afternoon because her house would be immediately covered in dust. They are also bothered by the smell from nearby facilities.

Nguyen Van Dien, an employee at the Hiep Tan People's Committee said even though there was a decision to relocate processing and manufacturing facilities out residential areas, the process was slow because the facilities owners deliberately delayed the process. They will have to rent new land lots, invest in waste treatment systems and pay for transportation costs of various machines which amount to huge relocation costs.

There are over 3,300 small-scale facilities in Binh Chanh District, hundreds of them are causing pollution. There are six plastic and mechanical processing facilities located along a 1km road in Le Minh Xuan Commune alone. In Vinh Loc A and Vinh Loc B communes, 70 facilities specialised in washing, drying and dyeing fabrics and often discharge wastewater into the environment.

Nguyen Quoc Binh, vice chairman of Tan Phu District People's Committee, said they had carried out inspections following public reports and discovered many violations. Nguyen Van Tai, vice chairman of Binh Chanh District also said they had strictly punished the violators and asked them to relocate the facilities as soon as possible. There's no legal document about compulsory removal for such cases. Tai said they would not allow those facilities to extend their land lease if they fail to deal with their pollution.

Director of HCM City Department of Natural Resources and Environment Nguyen Toan Thang confirmed that they were tightening regulations over urban environment management in which air pollution is one of the top priorities. They will use the city as well as the Ministry of Natural Resources and Environment's air quality monitoring stations to detect and deal with pollution sources.

"We'll tighten management and monitoring to prevent cases when violators are fined and then continue to be allowed to operate," Tai said. Dtinews

Polluting factories not all moved out of central Hanoi

The relocation of factories posing risks of pollution from residential areas was necessary and more public space should be created, heard participants at a seminar held in Hanoi on Thursday.