Ho Chi Minh City I were crowned champions of the National Women’s Football Championship following their 6-1 rout of Thai Nguyen T&T in the penultimate match of the season on December 10.

The commanding win has guaranteed HCM City I the top spot as Doan Thi Kim Chi’s side now have an unassailable five-point lead with one game to go (37:32).

HCM City I only needed one point against Thai Nguyen T&T to secure the trophy, but facing a lower-rated opponent, they did even more than that to make their final journey to the top much more impressive.

HCM City I demonstrated their superiority by cruising to a 3-1 lead in the first 45 minutes thanks to Huynh Nhu (9’), Le Hoai Luong (41’) and Pham Thi Trang (43’), with Doan Viet Trieu scoring once from the spot for Thai Nguyen (30’). 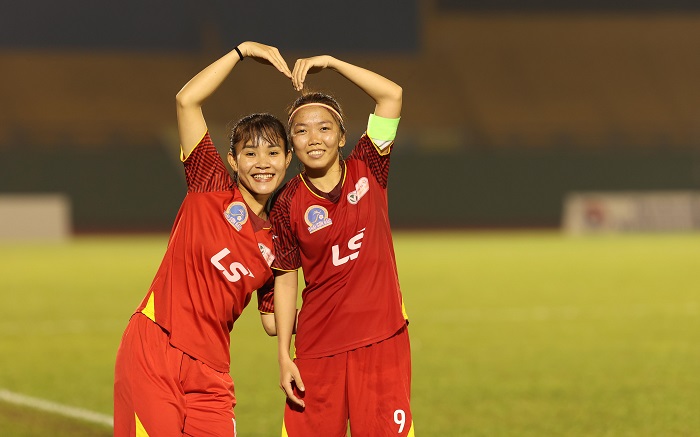 The two-goal advantage inspired Doan Thi Kim Chi’s players to play comfortably after half time and score three additional goals (84’, 86’ and 90’+3) with Thuy Trang, Pham Thi Trang and My Anh on target.

With their commanding 6-1 victory, HCM City I have extended their lead over second-placed Hanoi I to five points, an unassailable one as there remains only one game left to go in this year’s tournament.

In the other match the same day, HCM City II played out a 1-1 draw against Phong Phu Ha Nam. Nhan Dan