Experts think that HCM City authorities need to apply a special policy under Resolution 54 to amend existing policies to better manage quality of the air. 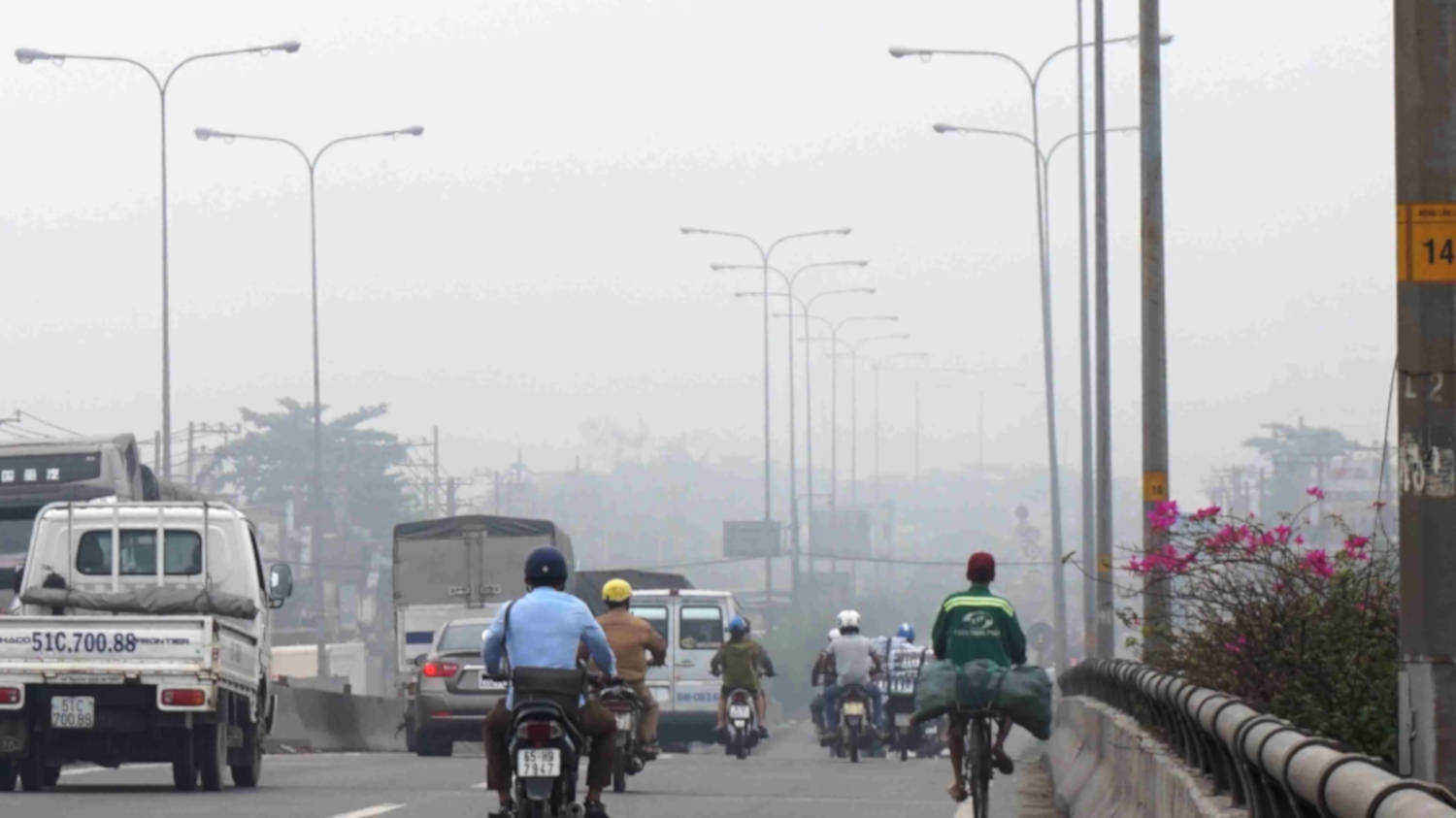 The WHO’s report pointed out that weather conditions (climate change, greenhouse effect, etc.) have led to increased air pollution, especially at the end of the year in these urban areas.

Meanwhile, a report of the Institute for Natural Resources and the Environment, under the HCM City National University, showed that motor vehicles (motorbikes, cars) produce 18 percent of PM 2.5 dust, waste from households 14 percent and activities in the textile and garment industry 13 percent.

The HCM City Center for Environmental Monitoring and Analysis sometimes measures the suspended dust concentration at 847µg per cubic meters in the area of Huynh Tan Phat and Nguyen Van Linh Roads in district 7. The level is much higher than the standard level of 300µg per cubic meter.

According to Ho Quoc Bang, director of the Research Center for Air Pollution and Climate Change, the national action program on air quality control by 2020 is under implementation, but many things have not been deployed.

The air quality control still cannot be implemented in localities, while local authorities complain that it is difficult to do because there is no guidance for implementation and the legal framework remains unclear.

Also according to the expert, Vietnam's air quality management standards are still inconsistent in comparison with the WHO-specified standards on PM10, PM2.5 and AQI.

HCM City authorities have been urged to cut 60-70 percent of volume of emissions to the environment to ensure people’s health.

The reasons for air pollution in Vietnam

Do you wear a mask when out an about in Vietnam? Maybe you should, as the pollution builds up.