Despite being significantly affected by the novel coronavirus (COVID-19) epidemic, the rate of foreign investment attraction in Ho Chi Minh City since the beginning of the year has continued to rise, especially with a spike in domestic investment occurring at industrial parks and export processing zone. 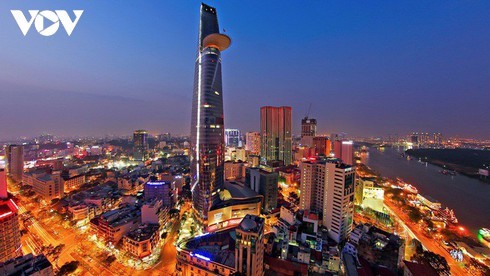 According to the Foreign Investment Agency under the Ministry of Planning and Investment, the initial seven months of the year witnessed the southern metropolis overcome difficulties caused by the COVID-19 epidemic. This can be seen with the locality’s FDI ranking third in the country at approximately US$2.4 billion, accounting for 12.6% of total investment capital.

Of the figure, investment through capital contribution and share purchase methods made up a large proportion, reaching 76.2% of the total investment capital in the city. In terms of the number of new projects, Ho Chi Minh City still leads the country with 598 projects overall.

The Foreign Investment Agency stated that due to the impact of the COVID-19 epidemic, the lack of travel by investors has caused numerous difficulties, coupled with hurdles when making new investment decisions and foreign investment projects, all of which has contributed to reduce FDI attraction.

Despite increases occurring in newly registered investment capital and additional adjustment, these rises can be put down to large projects which had been submitted and negotiated a long time ago.

In the midst of this situation, Ho Chi Minh City is pressing forward with plans aimed at improving the local business environment, therefore offering optimal conditions for both businesses and investors.

The municipal People's Committee has therefore assigned the Department of Planning and Investment to co-ordinate efforts with relevant departments and agencies in a bid to find solutions aimed at effectively carrying out the provincial competitiveness index, the administrative reform index, and the satisfaction index of public administration services.

This should be done in order to exploit the digital transformation programme and to promote the efficiency of online public services as a means of creating a more favourable investment environment for firms whilst improving the efficiency of investment promotion activities.

Priority will be given to investors who possess strong financial resources and new eco-friendly technologies that feature a high concentration of gray matter in order to call for greater investment.

Furthermore, the southern city is witnessing a sudden increase in domestic investment capital. Since the beginning of the year, the total investment capital of domestic enterprises has hit roughly US$193 million, up 58.75% from the same period last year.

Of the figure, 27 new projects had registered investment capital totaling close to US$162 million, up 55.97% from the previous year. This sudden increase in domestic investment capital can be viewed as a positive factor for Ho Chi Minh City, although it also poses a challenge for the southern city to create more land funds for businesses to expand their investment.