HCM City plans to expand the number of public green spaces between now and 2030 with an aim to improve the quality of life and beauty of the city.

Urban planning expert Dr. Pham Sanh said the main cause for a shortage of green space in the city is the lack of State funds allocated for greenery projects.

Funds have been used for other urgent needs such as schools, hospitals and infrastructure items.

To pave the way for the plan, the Department of Construction will recall all public parks used for private purposes and call for investment from companies to open up new public areas with high quality.

The city will also take action to move factories out of residential zones and use that land to create new public parks with plenty of trees.

Do Anh Khang, vice chairman of Go Vap District People’s Committee, said that it was high time for the city to build more green parks and plant more trees.

The city is planning to develop the new Thu Duc City as a green city by planting more trees on streets and in parks and opening 26 new parks.

Phu Huu Park covers 3,500sq.m and costs VND4 billion (nearly US$174,000). It has a kids' zone, a working-out area with facilities, and a walking area, providing green space for locals to exercise and relax.

This is expected to open in late 2021 and has so far received positive feedback.

A report of the Vietnam Environment Administration last year said the city built only 445ha of green space, though the set target was 10,300ha.

The city had 369 parks covering more than 500ha in public places and residential areas, or 0.55sq.m per capita.

The HCM City People’s Committee has instructed the Department of Construction to come up with a comprehensive programme for building public parks and increasing the green cover over the next decade. 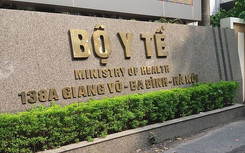 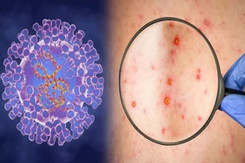