Luong Minh Phuc, head of the city Management Board for Traffic Works Construction and Investment, has said.

They include the Thu Thiem 2 Bridge over the Sai Gon River between the Thu Thiem New Urban Area and District 1, which is expected to cost VND3.1 trillion (US$137 million).

Its construction began in 2015 and was scheduled for completion in 2018, but has been delayed due to land acquisition problems.

It has a length of more than 1.4km and six lanes, and the 886m main section is a cable-stayed bridge with one main tower in the shape of a dragon with a height of 113 metres and facing the Thu Thiem area.

Its main components are completed and the contractor is seeking to speed up work on the District 1 side to ensure the bridge can open to traffic on National Reunification Day, April 30.

The value of real estate in its surrounding areas, especially in Thu Thiem, is expected to rise after the bridge opens.

This year, the city also plans to complete infrastructure for nine land lots measuring 77,600 square metres in functional zone No. 1 in the Thu Thiem New Urban Area at a cost of VND600 billion ($26.5 million).

The work, which started in March 2020, includes six roads around the land lots with a total length of 1.4km, and electricity, lighting, water supply, and drainage systems.

Another project to be completed this year is the new Bung Bridge on Le Trong Tan Street between Tan Phu and Binh Tan districts.

The first branch of the bridge opened to traffic in December last year, and the second is scheduled to open in September 2022.

Another 23 projects are scheduled for completion this year, Phuc said.

They include the widening of Hoang Hoa Tham Street in Phu Nhuan District and Dong Van Cong Street in Thu Duc City, and construction of the Hang Ngoai Bridge in Go Vap District.

Many super-projects in HCM City fail to meet deadlines 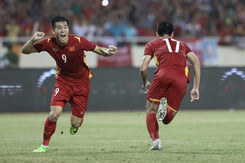