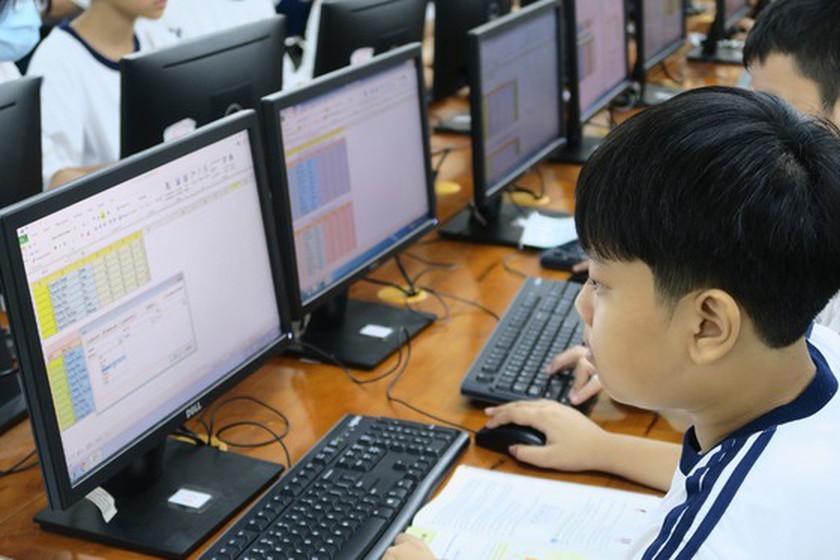 Middle and high schools in the southern metropolis will begin the new school year program from September 6 and primary schools will start on September 20 as per the school year plan.

Many parents revealed that they have been unable to buy electronic devices such as tablets, laptops, smartphones for their children’s participation in online learning because of the difficult delivery. Electronics stores announced to deliver as early as mid-September.

As a result, the Ho Chi Minh City Department of Education and Training has directed schools to continue studying each student’s condition to have appropriate support.

Teachers should instruct those in the countryside who are unable to study on the internet to register for learning at the localities they are residing in or send remote learning materials to their parents.
Local administrations and schools will jointly send paper textbooks to students in blocked areas or isolation districts.

According to the Director of the Ho Chi Minh City Department of Education and Training Nguyen Van Hieu, in the first two weeks of the new school year, students will not learn two shifts a day but they ought to focus on implementing teaching topics on the Internet and self-study at homes instead.

In the new school year, Minh Duc Secondary School in District 1 has made statistics that about 100 students do not have enough online learning equipment.

Since many students don’t have laptops or smartphones for virtual learning, Minh Duc school Principal Tran Thuy An and teachers of computer science created a link to call for the contribution of parents and benefactors.

Up to now, the school has received a sum of money donated by philanthropists that can buy 20 smartphones and secondhand smartphones. The school leader said that they will hand devices over to students.

Similarly, Do Minh Hoang, director of the Chu Van An Continuing Education Center in District 5, said that the unit has have made a public appeal for the donation of used computers to students from low-income families. After these old computers will be upgraded and shipped to students of poor families for online learning. As of August 30, five computers have been given to students.

Education Ministry creates lesson plans for common use at all schools

A representative of MOET disagrees with the opinion that online teaching is not suited to first graders. The ministry said it will design a section ‘Cung em hoc lop 1’ (let’s go to first grade’).