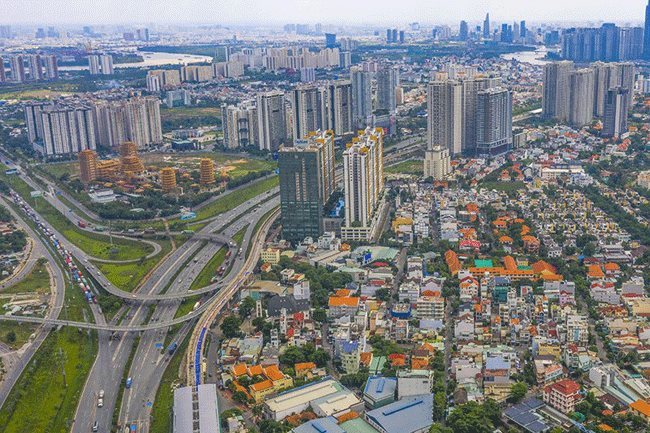 He also reported the city’s socioeconomic performance in 2020, with the gross regional domestic product growing 1.39% versus 2019. All the service, industry and agriculture sectors reported positive growth.

Amid the Covid-19 pandemic, the city supported nearly 560,000 affected people with an amount of more than VND611 billion.

Hoan said the city had chosen 2021 as the year to build the single-tier government structure and improve the investment environment.

For this year, HCMC set the GRDP growth target at 6% at the minimum and the GRDP per capita at US$6,500. It also expects to create jobs for 140,000 laborers and keep the unemployment rate at below 4%.

As for social order, the city will ensure political security, address more than 90% of complaints and prosecution proposals and reduce at least 5% of the fatalities caused by traffic accidents.

Speaking at the conference, HCMC Chairman Nguyen Thanh Phong said this year is the first year the city has deployed a resolution on establishing Thu Duc City and arranging administrative units at the district and commune levels of the city.

The fulfillment of targets in 2021 will face multiple difficulties, especially when the Covid-19 pandemic remains complicated and its new variants are more transmissible and dangerous.

Therefore, the city must improve its unity and creativity tradition and maintain the leading position in the country to fulfill its mission for 2021, Phong added.

He asked departments, agencies, organizations and associations to heighten the sense of responsibility to study and propose practical and feasible solutions for the development of the city.