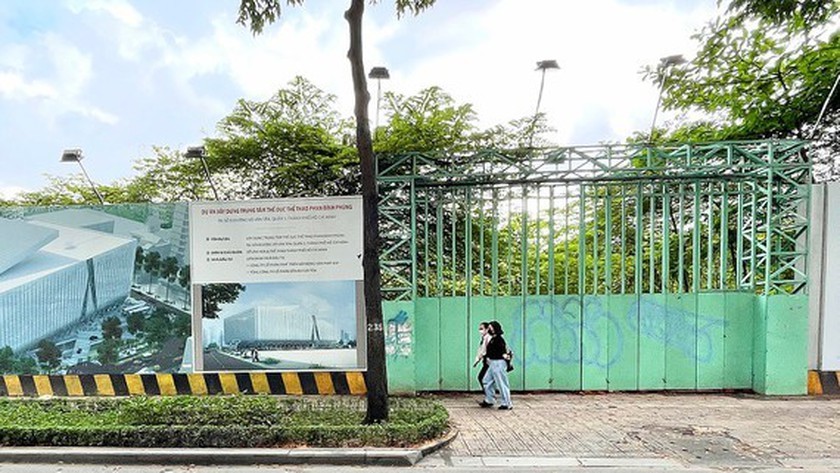 Specifically, the gov’t in 2010 had to sell a state-owned estate to pay for the Phan Dinh Phung Sports Center project which cost VND988 billion (about US$42.8 million) at the time.

The project was delayed, however, and its worth rose to VND1,352 billion (about $58.6 million) in 2013, costing the gov’t another estate. By 2018, costs got inflated to VND1,953 billion (about $84.6 million) and the city had to pay the investor with three hectares of land of the Phu Tho Horse Racing Ground.

“If the investor had enough capital and took initiatives in constructions, the project would not have lasted so long,” an urban expert commented.

The Department of Transport in the written report to the HCMC People’s Committee stated the Ring Road No. 2 projects is delayed due to setbacks in site clearance and administrative roadblocks, and urged the Committee to issue necessary guidelines to resolve the problem.
Chairwoman of the HCMC People’s Council Nguyen Thi Le during a recent project survey also asked relevant units to propose resolution for the planning, compensation and site clearance to municipalities.

Regarding the million-dollar anti-flooding project in HCMC, the People’s Committee claimed to have been monitoring every step and have requested guidance from the Prime Minister multiple times.

Accordingly, the HCMC Party Committe on December 11, 2020 issued the Notice number 30-TB/TU approving to extend disbursement for the project and agree on relevant procedures under directions of the Prime Minister.

As a result, the Government on April 1, 2021 issued Resolution No. 40/NQ-CP on continuing the phase 1 implementation of the project to deal with tidal flooding taking into account climate changes, effective immediately.