HCMC wants to take back land along new road projects 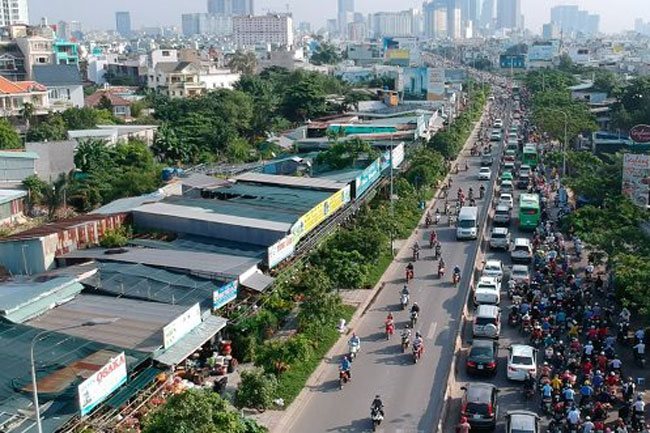 This is part of the city's plan to manage and use land effectively. Accordingly, those whose land is taken back will be resettled in the same locations but with smaller lots than theirs, Tuoi Tre Online newspaper reported.

The surplus land will be put up for auction to raise capital for the road projects themselves.

The local authorities will negotiate with the affected residents. If two thirds of the residents agree with a land reclamation plan, it will be put into force.

In reality, when the government builds new roads or expands existing roads, the prices of land along these roads will always surge.

Residents whose land was taken back for such projects in the city in the past have not benefited from these projects, while those who are not affected by the projects benefited hugely from land price spikes.

In addition, the government which spends huge capital developing roads and other infrastructure facilities did not benefit.

Earlier, HCMC used this method for a project to expand a section of Nguyen Huu Tho Street from District 7 to Nha Be District. The method was later proposed for projects to expand Nguyen Van Troi and Nam Ky Khoi Nghia streets and a section of the city’s second metro line project parallel with Cach Mang Thang Tam Street but the proposals were rejected.