Stable economic growth and the strong rise of the middle class in the country are helping to attract many world-famous brands.

In late July, A.R.T Furniture, a high-end brand from the US, opened its showroom in HCMC. Covering an area of 650 square meters, A.R.T Furniture displays diverse products from beds, dining rooms and living rooms to fabric and leather products. 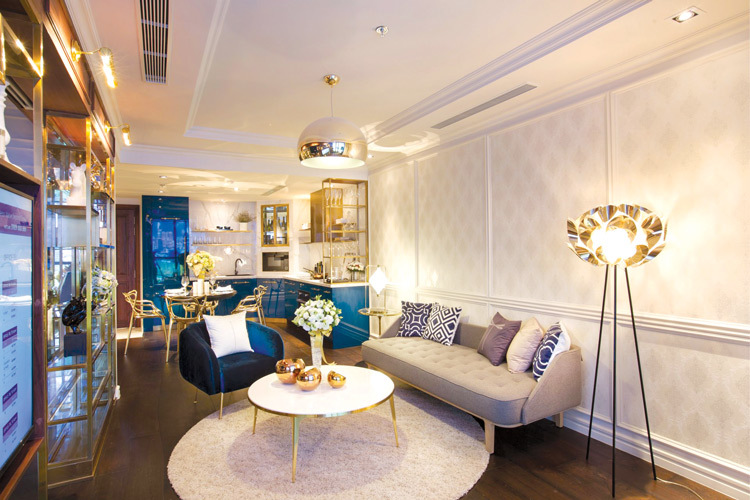 Hunter Childress from A.R.T Furniture said the brand decided to come to Vietnam sooner than initially expected because after five years of watching the Asian market, it realized the special attractiveness of the Vietnamese market. Vietnam is the second market in Asia after China that A.R.T Furniture has entered.

Because of the attractiveness of the Vietnamese market, Simmons, the US well known cushion brand, decided to make Beautyrest products in Vietnam for global distribution and local consumption, targeting the increasingly high number of wealthy people in Vietnam.

The interior furnishing market attracts thousands of businesses, while the high-end market segment is the most bustling with the presence of Vietnamese well-known names such as Pho Xinh, Nha Vui and DCD Home Design Center and a high number of foreign brands.

According to the Handicraft and Wood Industry Association of HCMC (HAWA), the demand for wooden furnishing alone in Vietnam is $21 per head per annum. The domestic wooden furniture market in 2018 was valued at $4 billion.

Meanwhile, according to deputy CEO of Ernst & Young Vietnam, about 800,000 street-front houses and apartments came out in the last 10 years, and each apartment uses VND1-2 billion for interior furnishings. As such, the demand for the products is up to VND1,000 trillion.

A representative of Rita Vo, the distributor of Simmons’ products, said the products are diverse with different price levels, from tens of millions of dong to VND400 million per product. Of these, the demand for the products priced at VND150 million accounts for 40 percent of sales.

The products of other high-end brands Rita Vo distributes also sees high growth rates. Rita Vo is one of the 10 biggest distributors of Kohler kitchenware.

Meanwhile, Nguyen Hoang Nguyet Anh from CDC Home Design Center, said the company now has seven shops, distributing products of over 30 brands from France, the UK, US, Italy and Portugal.

Previously, the products the company distributed had very high prices, but sales still grew by 20-30 percent per annum. Now with the appearance of new brands with more reasonable prices, Anh believes the growth rate will be higher.

When Bao Ve Rung & Moi Truong reporters visited Phu Khe commune, Tu Son Town of Bac Ninh province in late May and said they wanted to buy some products made of ivory, they luckily met a woman who offered herself as a guide.